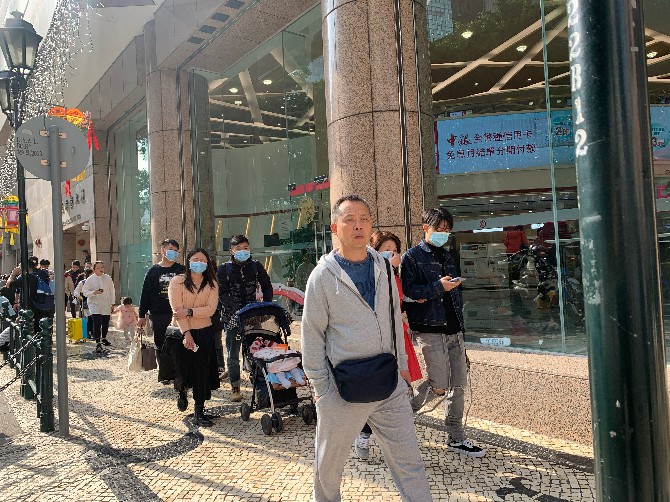 The 14th round of the public mask distribution scheme kicks off today under the same rules and conditions as the previous rounds.
Earlier, the authorities had hinted that the centralized mask supply scheme, which allows residents and workers of Macau to purchase 10 facemasks for a fixed price of 8 patacas, might come to an end in the near future. However, it would not say whether wearing masks would no longer be necessary.
Since the city has not had any new confirmed cases of Covid-19 for 53 days, the authorities said that they were currently examining new recommendations for the use of facemasks. They did not discuss what these measures might be.
Currently, the public is still required to wear facemasks when entering public or private institutions, including public transportation and taxis.
Under the government’s scheme, some 56 contracted pharmacies across Macau were initially designated as places to purchase the subsidized face masks. There is now a total of 84 accredited pharmacies where local residents can buy face masks.
Data provided by the authorities on Friday showed that more than 76 million facemasks had been purchased by residents and non-resident workers since the commencement of the scheme.
Secretary for Social Affairs and Culture Elsie Ao Ieong U had previously hinted that there was a need to consider whether it would be necessary to extend the government scheme.
Facemasks are now readily available compared to when the outbreak began. However, they are being sold at a much higher price than before.
Facemasks used to cost only 50 patacas per box, yet they are currently being sold at private establishments for an average of 150 patacas per box.
Alves Lo Iek Long said that last month, the price point was considered affordable in Macau. He said that this is the time to consider discontinuing the scheme.
However, these suggestions have caused some members of the public to worry about price hikes for facemasks.
In light of this, lawmaker Ella Lei wrote an interpellation to the SAR government, urging them to extend the scheme.
In Lei’s opinion, the “heavy financial burden” for some individuals will encourage them to not wear facemasks or to reuse the same one. She noted that the surge in the demand for facemasks in the private sector may lead to a price hike.