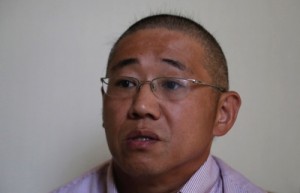 Two Americans held by North Korea were on their way home Saturday after their release was secured through a secret mission by the top U.S. intelligence official to the reclusive communist country.
Matthew Miller and Kenneth Bae were flying back to the West Coast with James Clapper, the Director of National Intelligence, according to U.S. officials. Clapper was the highest-ranking American to visit Pyongyang in more than a decade.
It was the latest twist in the fitful relationship between the Obama administration and the young North Korean leader, Kim Jong Un, whose approach to the U.S. has shifted back and forth from defiance to occasional conciliation. And it was an unusual role for Clapper, an acerbic retired general who doesn’t typically do diplomacy.
“It’s a wonderful day for them and their families,” President Barack Obama said at the White House. “Obviously we are very grateful for their safe return. And I appreciate Director Clapper doing a great job on what was obviously a challenging mission.”
U.S. officials did not immediately provide details about the circumstances of the Americans’ release, including whether Clapper met with Kim or other senior North Korean officials. They said the timing was not related to Obama’s imminent trip to China, Myanmar and Australia. 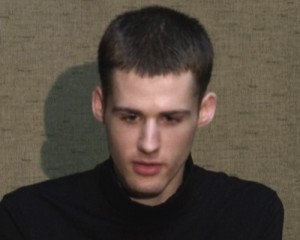 A senior administration official said Clapper carried a brief message from Obama indicating that Clapper was his personal envoy to bring the two Americans home. The official spoke on a condition of anonymity without authorization to speak on the record.
Analysts who study North Korea said the decision to free Bae and Miller from long prison terms probably was an effort by that country to ease pressure in connection with its human rights record. A recent United Nations report documented rape, torture, executions and forced labor in the North’s network of prison camps, accusing the government of “widespread, systematic and gross” human rights violations.
North Korea seems worried that Kim could be accused in the International Criminal Court in The Hague, said Sue Mi Terry, a former senior intelligence analyst now at Columbia University.
“The North Koreans seem to be obsessed over the human rights issue,” she said. “This human rights thing is showing itself to be an unexpected leverage for the US.”
Bruce Klingner, a former CIA analyst now at the Heritage Foundation, agreed that efforts to shine a spotlight on the country’s human rights record “startled the regime and led to frantic attempts to derail the process.”
Bae and Miller were the last Americans held by North Korea.
“Their release has been our focus every single day and we’ve been working all the angles available to bring them home,” Secretary of State John Kerry said from Oman on Saturday. “We’re pleased that this humanitarian gesture has taken place.” Ken Dilanian and
Matthew Pennington, Washington , AP