Obituary | Sheldon Adelson, who brought casinos to China, dies at 87 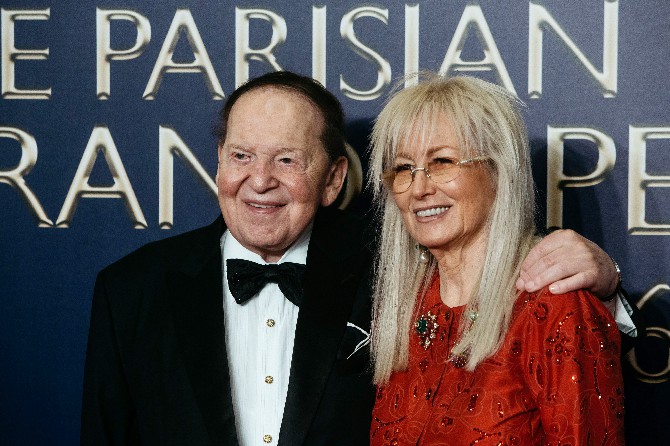 Sheldon Adelson, who built the largest casino company in the world and used his wealth to support Republican candidates and groups, has died. He was 87.
Adelson died from complications related to non-Hodgkin’s lymphoma, Las Vegas Sands Corp. said in a statement yesterday.
A Boston cabdriver’s son, Adelson made his first fortune in trade shows, founding what would become the computer industry’s largest event, Comdex, and selling it to Japan’s SoftBank Group Corp. for about $800 million in 1995. He plowed the profits into casinos, first in Las Vegas and then in Asia where he helped turn the former Portuguese colony of Macau into the world’s biggest gambling market.
Adelson’s wealth was derived mostly from his majority stake in Las Vegas Sands, which he founded. The company, with revenue of $13.7 billion in 2019, operates a convention center and casinos in Las Vegas along with gambling resorts in Macau and Singapore. Adelson, who was chairman and chief executive officer, controlled more than half of the company’s shares.
His net worth was $33.4 billion, according to the Bloomberg Billionaires Index.

No doubts
The company confirmed in 2020 that Adelson was considering selling his Las Vegas properties if the price he could get for them was high enough. The coronavirus pandemic caused a steep drop in business at casinos all over the world, but especially in China. Adelson told investors, however, that he was committed to investing billions of dollars overseas.
“We remain steadfast in my beliefs that Macau has the potential to become one of the greatest business and leisure tourism destinations in the world,” Adelson said on a conference call in October 2020.
In 1989, Adelson and his partners bought the former Rat Pack hangout, the Sands Hotel and Casino in Las Vegas, with an eye toward building a convention center to host Comdex. A decade later, he demolished the Sands and opened the $1.5 billion Venetian hotel on the site, inspired by a honeymoon to Italy that Adelson took with his second wife, the former Miriam Ochshorn.
“Sheldon was the love of my life,” Miriam Adelson said in a statement yesterday. “He was my partner in romance, philanthropy, political activism and enterprise. He was my soulmate. To me – as to his children, grandchildren, and his legions of friends and admirers, employees and colleagues – he is utterly irreplaceable.”
At the time Sheldon Adelson developed the Venetian, most casinos tried to get guests out of their rooms so they would gamble more. Adelson instead designed large suites at the hotel with business-friendly amenities such as fax machines, specifically catering to conventioneers.
Laughing last
“They always derided, they always demonized our convention strategy,” he said, according to a 2008 New Yorker profile. “And look who is laughing last.”
Entering Macau was Adelson’s most successful wager. Following the 1999 handover of the former colony to China, Adelson won the rights to build the Sands Macao, the city’s first Las Vegas-style casino. After the 2004 opening, he recouped his construction cost in a matter of months. He wound up with five casinos here.
Later, Adelson used his wealth to become a conservative force in U.S. politics and staunch advocate of Israel.

US politics
Adelson was a late bloomer in business and in politics. He didn’t become a casino owner, or a Republican, until well into middle age. Through the 1990s and after his wealth soared and his engagement in politics intensified. He was a supporter of President George W. Bush and backed Republican Rudolph Giuliani for the 2008 presidential race, before turning to the eventual candidate, Sen. John McCain, who lost to Barack Obama.
His leverage grew considerably in 2010 after the Supreme Court’s “Citizens United” decision lifted many restrictions on individual campaign contributions. He and his wife spent more than $90 million on the 2012 election, funding presidential candidate Newt Gingrich and later Mitt Romney, who also lost to Obama.
“I’m against very wealthy people attempting to or influencing elections,” he told Forbes magazine in 2012. “But as long as it’s doable I’m going to do it.”
Adelson came around slowly to Trump, who during the campaign had said he would be “neutral” in negotiations between Israel and the Palestinians. Trump even ridiculed his initial liking for Sen. Marco Rubio of Florida, tweeting in 2015, “Sheldon Adelson is looking to give big dollars to Rubio because he feels he can mold him into his perfect little puppet. I agree!” Adelson eventually endorsed Trump, but remained hesitant through much of 2016. He gave more than $20 million in the final weeks of the campaign after reports that he would contribute $100 million, and was more generous with congressional races.

Litigation
Adelson’s Macau business also spawned a long-running wrongful termination lawsuit brought by a former chief of Sands China Ltd. who accused Adelson and the company of firing him for exposing a host of misdeeds. Adelson often clashed with attorneys while appearing on a Clark County courtroom’s witness stand.
The Sands China lawsuit was among dozens involving Adelson, whose cases included his suing a Wall Street Journal reporter for calling him “foul-mouthed” (the parties settled, the words remained) to being sued by his sons from his first marriage for cheating them out of money (he won).
A long-running feud with fellow casino tycoon Steve Wynn turned to friendship when Wynn joined Adelson’s effort to end online gambling. Critics said Adelson was trying to stifle competition. Adelson countered that there was no way to ensure children and teenagers wouldn’t gamble and said he was “not in favor of it exploiting the world’s most vulnerable people.”

Poor start
“This could be a rags-to-riches story, but my family was too poor to own rags,” he said in a 2000 interview with Businessweek magazine.
He sold newspapers on Boston street corners at age 12, dropped out of school and became a court reporter for the U.S. Army.
In his early days as an entrepreneur, he made a living with candy vending machines and selling toiletry kits to motels.
Adelson’s charitable contributions included hundreds of millions for medical research. His philanthropic giving surpassed his political contributions.
Much of his philanthropy involved the Adelson Family Foundation, whose primary purpose “is to strengthen the State of Israel and the Jewish people,” according to its website.
In 2015 Adelson purchased his hometown newspaper, the Las Vegas Review-Journal, for $140 million, a move made in secret that prompted the exodus of editorial staff worried about conflicts of interest covering one of the city’s most prominent businessmen.
Adelson and his first wife, Sandra, divorced in 1988, after adopting three children: Mitchell, Gary and Shelley. Mitchell Adelson died in 2005.
Miriam Adelson, a physician specializing in drug rehabilitation, had two sons, Adam and Matan, with Adelson. She also had two daughters from a previous marriage. Sheldon, Miriam and trusts for their children held almost 57% of the company’s shares, according to a 2020 filing.
A funeral will be held in Israel, where Miriam Adelson was born, Las Vegas Sands said. MDT/Agencies 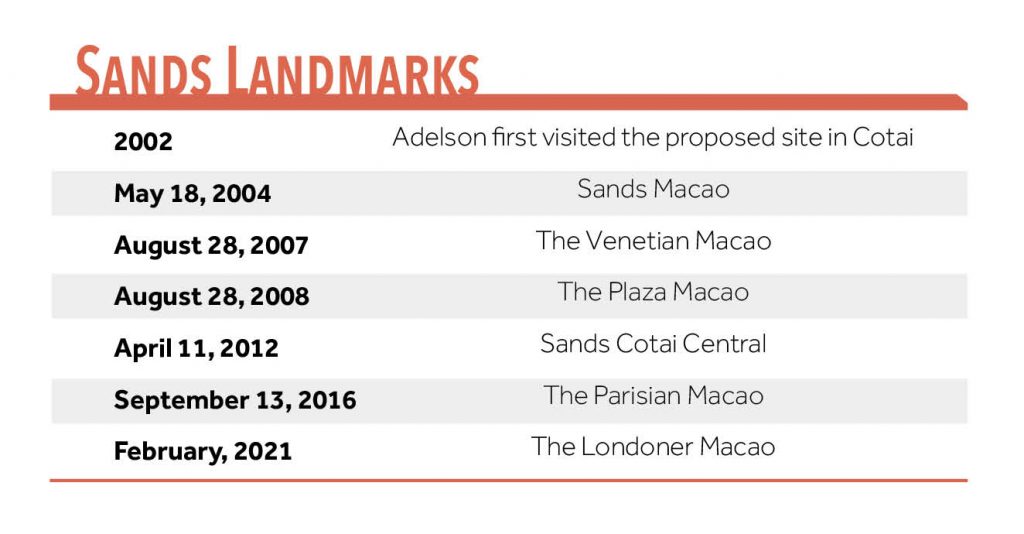