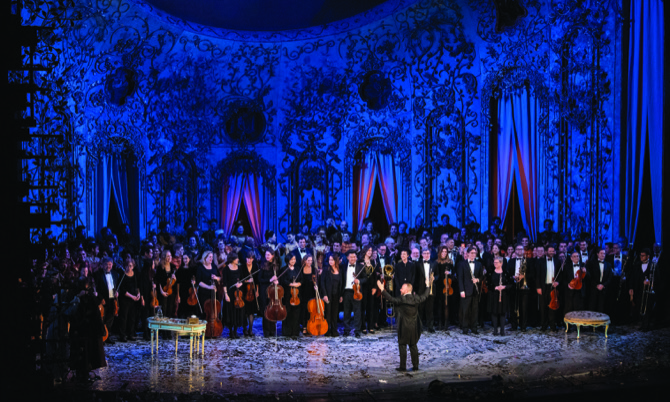 Yannick Nezet-Seguin took the rare step of bringing the entire orchestra on stage for curtain calls following his first performance as just the third music director in the Metropolitan Opera’s 135-year-history.

Gold confetti was dropped over Nezet-Seguin during his curtain call, and the orchestra emerged from the wings to take bows behind him — rather than remain in the pit or stand as it does on other nights.

As audience members left, they were handed small bottles of prosecco labeled “Vintage Yannick,” with the date and the opera.