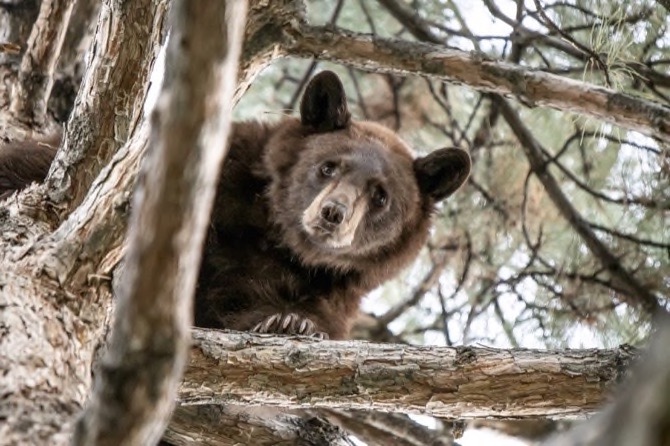 Utah police used their vehicle sirens to drive a 2-year-old bear up a tree after its presence in a northern Utah town caused traffic delays yesterday [Macau time].

State Division of Wildlife Resources spokeswoman Faith Heaton Jolley said division personnel then were able to tranquilize the bear and catch it in a large net when it fell out of the tree.

Jolley said the brown-colored black bear was placed in a trap in the bed of a pickup truck and driven to the Wasatch Mountains, where it was released. Pictures show him jumping out of the truck and running away.

Jolley says it is unusual for a bear to be roaming city streets that are several miles away from mountains east of the city where wildlife biologists think it came from.