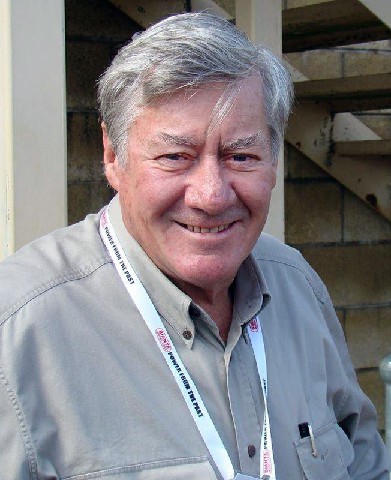 Veteran racer Kevin Bartlett is this year celebrating the 50th anniversary of his Macau Grand Prix win.
It was in 1969 that Bartlett took his Mildren-Alfa Romeo to the win at the Formula Libre race.
Remembering those days in a short interview with the Times, Bartlett recalls how it felt racing in Macau back in those days.
“The first time on the circuit was astounding, as street circuits primarily among buildings were rare back then. Singapore and Bathurst (Australia), whilst they were, as we all know, run on trafficked roads, but very much stand-alone tracks. But to see only flimsy bamboo barriers with spectators standing so close was a unique experience,” Bartlett said, adding, “Let alone no run-off at so many straight braking areas and lamp posts between the track and sea wall, frogmen standing by near R bend (to pluck you out of the water in case you crash into the South China sea). Totally different to any track I’d raced on.”
After that year, Bartlett returned several times, and in various cars, making memories that he keeps alive.
“[I remember] being transported in the first instance to Macau on a ship, the Fat San, which docked at the Inner Harbor and our cars being offloaded on flimsy-looking planks onto the dock. Later [followed] the fun of driving the racecar from our garage, at the naval dockyard, to the pits area.”
As a racer, Bartlett raced a total of six times in Macau, representing several teams including Hong Kong’s Team Equippe 66, owned by L. C. Kwan, but never managed to win the race again.
“[In] 1975, I raced a Brabham BT40 to second place, in 1976 a Chevron, 1977 in a March, and back to Chevron in 1978, the last time I drove the track,” he said.
But the Macau Grand Prix was not just about the on-track action and, already at the time, there was more to explore and to learn about the city.
“From many times of being in the city, [a highlight] has always been to experience the many culinary variations, to my delight. Forgetting the diet for a few days is a must,” said the Australian former racer.

Returning to celebrate
This year, as in 2018, Bartlett is returning to Macau for the Grand Prix.
In a completely different role, but with the same passion, Bartlett will be helping Macquarie Sports Radio in the commentary of the event and leading a small tour group from Sydney-based Helen Wong’s Tours.
“I’ll be celebrating my one and only GP win, bringing with me a small tour group, as it is great to be part of new experiences for nearly all of the tour group – not just to see the races but to have the opportunity to help me celebrate one of the highlights of my motor racing career,” he told the Times.
Last year, the former racer was one of the guest speakers at the Macau Guia Circuit Promotion and Development Association’s second anniversary talk series held concurrently with the association’s annual exhibition. 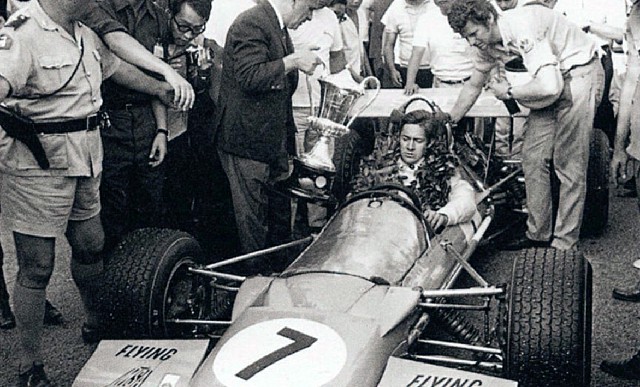