Our Desk | The fallout from ill-planned infrastructure 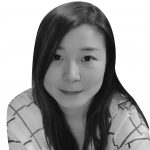 Several weeks ago, I took my first ride on the Macau Light Rail Transit (LRT), heading from The Londoner Macao to Old Taipa Village for lunch.
I opted for the LRT as there was no bus station nearby and I was not in a rush, so taking a taxi was excluded from the options. As I arrived in Macau in October 2020, I still consider myself new to this city and am disposed to check out places I had not been before — LRT was among them.
I ended up walking 15 minutes to East Asian Games Station. Once I popped in, it reminded me of the Mass Transit Railway (MTR) back home in Hong Kong.
But what struck me most was that I was the only passenger on the platform, along with some birds perched on power wires. Against the backdrop of ritzy hotels in the distance, the terminal looked deserted.
Despite that, it was a pleasant ride — the sleek train, manufactured by Japan’s Mitsubishi Heavy Industries, exuded an inexplicable sense of comfort, probably because it reminded me of my travels in Japan.
I am not the only one who regards the Taipa Line as unfrequented. In January, Secretary for Transport and Public Works Raimundo Arrais do Rosário acknowledged in the Legislative Assembly (AL) that the investment in the LRT was hefty, with a lengthy construction time.
The Covid-19 pandemic has only added to the problem, dragging passenger numbers down to “bleak” levels, resulting in “zero” social benefit. The daily passenger volume on the Taipa route plunged from 30,000 pre-pandemic to just 1,600 to 17,000, Rosário added.
As many know, there are reasons behind the under-use. Though the MOP11 billion Taipa Line — spanning 9.3 kilometers, with 11 stations covering residential areas and three major sea, land and airports in Taipa — some stations remain a long walking distance from key attractions. If you are in a hurry, the LRT is surely not your first commuting choice.
Secondly, the upcoming extension of the Taipa Line to Macau Peninsula, the Taipa-Barra section, is still under construction. This has been delayed due to Covid-19 and is slated to for completion in January 2023. This means that Macau still has two more years to go before it can offer the long-overdue cross-island transportation route.
It is surprising to me that the LRT appears so ill-planned and incomplete, even though the government started mapping out the routes in 2003, nearly two decades ago.
The Macau-Taipa route, the nodes most-needed to help thin out the city’s inter-island traffic which is a nuisance to residents, has faced severe delays due to disputes regarding route planning.
A special report published in 2015 by the Commission of Audit stated that the construction of the LRT was delayed by 883 days.
The rash planning and long suspensions have come at the expense of not just public money and convenience, but also the prospect of Macau.
Pandemic aside, if the Macau-Taipa route was already in use it could expedite human and tourist flows between the two islands and uplift Macau’s overall economy.
It seems paradoxical to me that Macau has positioned itself as a world-class center of tourism and leisure, but still falls short of having a kitted-out urban rail transit system to help people get around the city.
To me, the Taipa Line is a leisurely ride that serves well in its goal of in beautifying the city and helping Taipa residents move around the island. But it will still be meretricious until it connects to the other half of Macau.
The public consultation about another cross-island route, the LRT East Line which will have six stations running from the Border Gate to Taipa, was completed in November 2020. However, it did not outline any budget or schedule for construction. If the Taipa Line is something to go by, the East Line is likely not to turn up in the coming years as well.