Our Desk | What’s going on with these people? 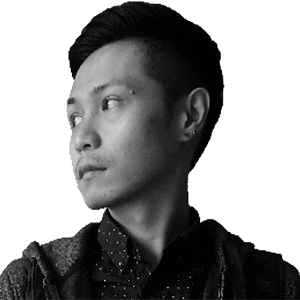 On the same day I wrote this article, something happened during my bus trip, which expanded my horizons. I was on my way to the office when the incident happened.
When the bus made a stop at Rua do Campo, people were alighting as normal.
A middle-aged man got up from his seat and moved towards the back door of the bus. His actions gave me the impression that he wanted to alight from the bus.
As he reached the door, he stopped right in front of it and stood still. A woman, holding the hands of three children, was obstructed by the man and almost missed her chance to leave the buss.
Reaching the door, they saw it closing.
The woman seemed too overloaded with information, so she only dropped a sigh without saying anything else.
While I am quite certain that I was not the only one seeing this, nobody on the bus made a sound. Just before the driver accelerated, I yelled to ask him to stop and reopen the door.
There’s nothing wrong with preparing early for alighting, but I still couldn’t understand why the man needed to block the doorway.
Another everyday occurrence provided a similar confusion.
I believe the majority of the working population in Macau uses the lift every day. With high-rise buildings across the city and people going here and there for various purposes, the lift is arguably an unavoidable facility.
It has left me wondering why some people don’t like pressing the “open” button. Covid-19 may have prompted people to avoid – as much as possible – having physical contact with any public facility. This I understand, although I can’t agree with this when in a lift. But many people are simply overly concerned with whatever is showing up on their cellphones.
Once they step into the lift, the ‘good’ ones move inside and look at their phones. The ‘worse’ ones just stand wherever they may be and don’t care about anything else.
Therefore, two things happen. First, people are not able to get into the lift. Second, people behind the first passenger are “axed” by the closing door; not all lifts in Macau have a sensor to keep the door open automatically.
The city has recently seen its 48th Covid-19 patient. Although, this individual is thus far asymptomatic.
The man, alongside the 108 others who returned to Macau along a similar route, was criticized on social media with the most vicious words anyone can ever imagine. The mildest accusation is that people shouldn’t be outside of Macau amid the pandemic.
The more strident voices accused returnees of bringing the virus into Macau, when Dr Alvis Lo of the government hospital has repeatedly said that the loop for community infection is being closely monitored as it is a point of concern.
Some people are incensed that netizens press the government “to extend the quarantine period to 40 years.” However, they have no opinion on Macau residents going to mainland China during the upcoming Chinese New Year when the national authorities ask them to stay where they are.
And yes, I just saw a family packing up and setting off to their “native home” on the mainland days ago.