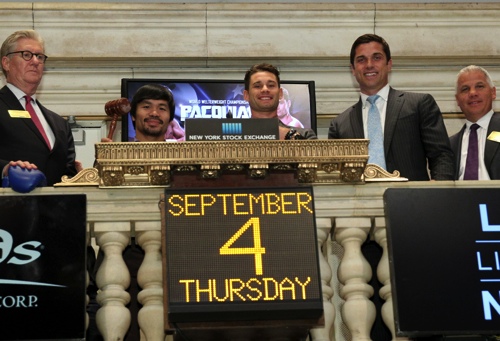 Manny “Pacman” Pacquiao, boxing’s only eight-division world champion, and New York’s undefeated World Boxing Organization (WBO) junior welterweight champion  Chris Algieri concluded their 27,273-mile international media tour last Friday with a New York media day that included visits to The Wall Street Journal, New York Post, New York Daily News and Associated Press.
The 12-day media tour, which began on August 25 at The Venetian Macao, included press conferences, media interviews and public appearances in Shanghai, San Francisco, Las Vegas, Los Angeles and New York.
They kicked off the U.S. tour with an editorial roundtable with the San Francisco Chronicle, followed by an afternoon with Comcast Sports Net Bay Area, which included a satellite tour with Comcast Sports Net affiliates around U.S.  Thousands of fans greeted them at AT&T Park and Dodger Stadium, where they threw out ceremonial first pitches before the Giants-Brewers and Dodgers-Nationals games, respectively.  They pressed the flesh at the grandest arrival ever at The Venetian Las Vegas and rang the Closing Bell at the New York Stock Exchange. According to a press release issued by The Venetian Macao and Top Rank, “traders on the floor unanimously rated their upcoming world championship pay-per-view fight a ‘strong buy’.”
Pacquiao (56-4-3), the Filipino icon, defends his WBO welterweight title against Algieri (20-0), the scholar-fighter, Sunday, November 23, at The Venetian Macao’s Cotai Arena. 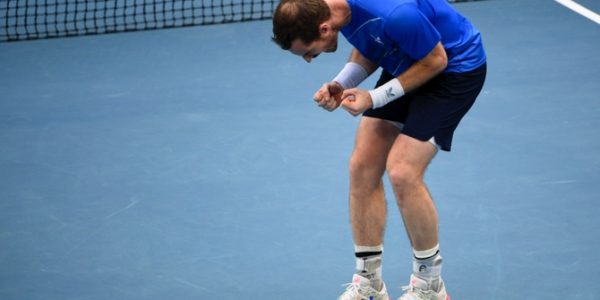 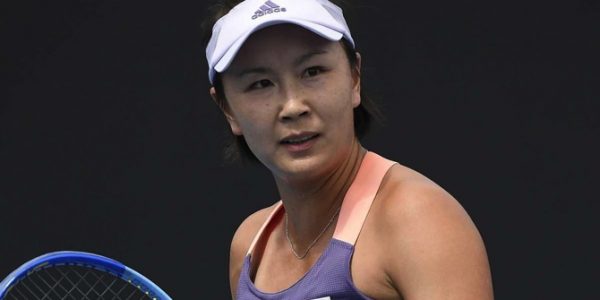