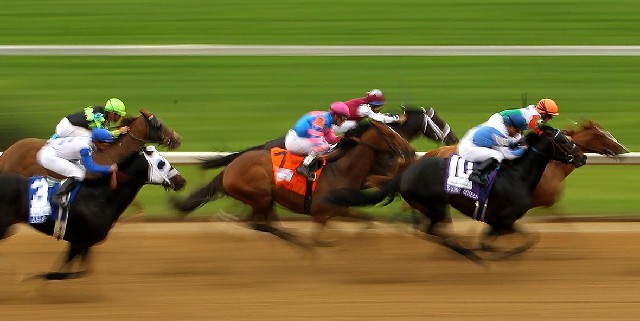 Flutter Entertainment Plc, the owner of gambling brands Paddy Power and Betfair, agreed to buy The Stars Group Inc. in a $6 billion all-share transaction that aims to exploit opportunities in the U.S. after the Supreme Court legalized sports betting.
Almost half of Flutter’s revenue comes from Britain, where tighter rules on fixed-odds betting terminals and higher taxes for online betting have upended the industry. The newly opened American market has sparked a land grab, and the company is turbocharging its effort with the purchase of Ontario-based Stars. The new group’s U.K. presence could nevertheless create competition concerns.
“Consolidation in the gaming sector continues as the sector continues to suffer from greater regulatory restrictions, more taxes, and the need to be seen to take the issue of problem gambling seriously,” analysts at Kepler Cheuvreux said in a research note. “The combination of both companies could trigger combined market shares exceeding 30%, which would result in an in-depth investigation in the U.K.”
Flutter, based in Dublin, operates in the U.S. through fantasy sports betting site FanDuel, while Canada’s TSG agreed to a partnership with American casino operator Eldorado Resorts Inc last November.
Buying TSG will “ensure we are ideally positioned to take advantage of the exciting opportunity in the U.S.,” Flutter Chief Executive Officer Peter Jackson said in the statement. “The combination represents a great opportunity to deliver a step change in our presence in international markets.”
Flutter has offered 0.2253 of its shares in exchange for each share in Toronto-based Stars, the companies said in a statement. The deal values the target at about 4.95 billion pounds ($6 billion) at an offer price of 17.2 pounds per share, according to Bloomberg calculations, which represents a premium of about 40% to Tuesday’s closing share price.
The new group would have had revenue of 3.8 billion pounds last year, making it the world’s biggest online betting and gaming company, and the deal will achieve pretax synergies of about 140 million pounds a year, according to the statement.
Flutter’s chairman, chief executive officer and chief financial officer will assume the same roles in the new group.
Goldman Sachs International and PJT Partners were financial advisers to Flutter. Barclays Plc, Moelis & Co. and BMO Capital Markets advised Stars. Thomas Seal, Bloomberg