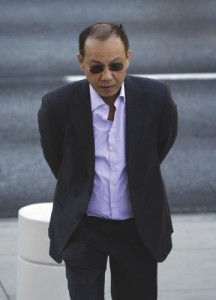 An elaborate FBI ruse to shut off the Internet in three luxury Las Vegas suites and then send undercover agents into the rooms to fix the problem was a legitimate law enforcement practice, an assistant U.S. attorney wrote in a court filing defending the practice.
The filing was in response to a defense motion to throw out evidence in an illegal gambling case against eight Asian gamblers, who contended the ruse circumvented their right to keep law enforcement officers out of their suites. The response from U.S. Attorney Daniel G. Bogden and two other government lawyers was filed earlier this week in federal court in Las Vegas.
Defense lawyers said in their motion that Assistant U.S. Attorney Kimberly Frayn, the prosecutor in the case, advised the FBI not to go through with the ruse because it would be “a consent issue.” The defense said that conversation was recorded by a Caesars Palace security employee.
In its filing, the government did not address the defense contention that she advised against it.
“Law enforcement has long been permitted to obtain consent by posing as a confederate, business associate, or service provider. In fact, the government uses ruses every day in its undercover operations,” the prosecutors wrote in defense of the FBI operation.
They added the ruse would only have been illegal if the government left the defendants with no choice but to let the undercover agents into their suites.
According to the criminal complaint, the eight men came to the attention of authorities in June after they requested “an unusually large amount of electronics equipment and technical support.” An electrical engineer employee advised hotel security personnel that the equipment “appeared to be set up for an illegal gambling operation.”
The prosecutors wrote that the FBI had reasonable suspicion to go into the rooms after being alerted by the state gaming control board about the hotel staff concerns.
Over two days in July, FBI agents worked with a computer contractor and the state’s gaming control board to shut off the Internet at different times and at one point delivered a laptop computer to try to see what was happening, according to court filings. Investigators eventually gained access after they turned off the Internet connection to two suites, impersonated repair technicians and recorded video inside. Authorities later used the videos to obtain a warrant to arrest the men.
The gamblers, including 50-year-old Wei Seng Phua, a suspected member of the Chinese organized crime group 14k Triad, his son and six other men, were arrested in July. All eight face charges of transmission of wagering information, operating an illegal gambling business and aiding and abetting. Defense lawyer Thomas Goldstein said they all deny wrongdoing. Alicia A. Caldwell, Washington, AP