Penny Lam: Filmmaker & Festival Curator | ‘Documentaries trendier with viewers, not so much filmmakers’ 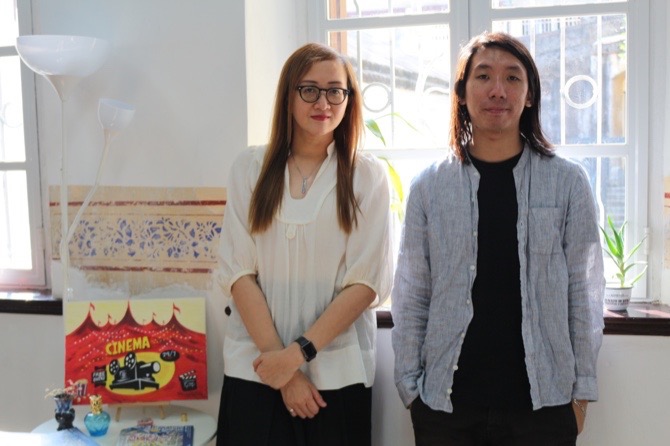 The 3rd Macau International Documentary Film Festival will return to the Cinematheque Passion on July 14 for three weeks of celebrated documentaries sourced from around the world.

Featuring around 30 documentaries, many of which are premiering in Hong Kong and Macau, the Festival launches just one day after the “Encounter in Macau – Arts and Cultural Festival between China and the Portuguese-speaking Countries” concludes on Friday evening.

Ahead of the launch, returning Festival Curator Penny Lam sat down with the Times to talk about what’s new in this third edition.

Macau Daily Times (MDT) – This is your third year serving as festival curator. What’s different in this edition from the previous two?

Penny Lam (PL) – After the experience of the first two editions, we realized that this festival should focus more on Macau – this city and its people. When I considered the theme of this edition, I realized we wanted to have a better conversation between the festival and the people of this city, and question what sort of life we want to live in Macau. It’s a good time to reflect on the city […] and a good time to reimagine the future of our city.

This year the Portuguese section is a bit different because we expanded our location to all Portuguese-speaking countries or former colonies – so not only Portugal, but also Brazil and Cape Verde and others. We think it will be interesting for Macau to see what other ex-colonies of Portugal are doing now.

MDT – This year there are some big, high profile documentaries. What is your selection process and why did you want to include these more well-known productions?

PL – Every year we start looking for films between November and February. We focus on choosing the films that fit the theme of the year. Usually we have a lot of programs from the last two years from all the festivals in the world.

People have this kind of idea that we will show some of the big documentaries that were screened earlier this year in Asia. I think it’s quite healthy for us to have these people coming to the festival to see these [particular] films. So we also select these types of films to [satisfy] this audience.

MDT – Renowned Japanese director Kazuo Hara is this year’s Director in Focus. How do you think this provocative, anti-mainstream director will be received in Macau?

PL – Kazuo Hara will come for two Q&A sessions, and of course we will have the masterclass again to talk about his style. I can say that he is one of the most famous and important Asian documentary filmmakers in the world. If you study filmmaking around the world, Hara will be in the textbook.

We are quite lucky to have him come to Macau because he is in his seventies. He released a new film last year – in fact his first film in 23 years.

We are showing five of his films, which tend to showcase the outsiders of society in Japan. […] I think in Japan you have so many taboos and mainstream values, so he tries to question these [norms], including sensitive subjects like the Emperor.

All of his films are very controversial, and so it will be interesting to see the reaction of the Macau audience to this… provocation.

MDT- Is the documentary genre becoming trendier in Macau?

PL – More and more local audiences are interested in the documentary genre – that’s not exactly the same when it comes to production… but definitely for viewership. Documentaries are getting trendier around the world. Again, in Macau it might be trendier for local viewers, but not so much the filmmakers.

Die Tomorrow combines techniques of both fiction and documentary filmmaking to tell six different stories of death, as recounted by the deceased’s friends and families.

“I want to recommend this film because it fits all the values that we want to introduce to Macau through this festival,” said Lam. “This is a fiction film actually, but [the story] is adapted from the real memories of the friends of six people in Thailand who died. The film imagines what these people did on the day before they died, without knowing that they will die tomorrow.”

The film was screened earlier this year in international film festivals in Berlin, Hong Kong and Shanghai.

RITA WONG, Cinematheque Passion chief operating officer, recommends Stranger in Paradise (2016), in which Dutch actor Valentijn Dhaenens portrays a teacher who alternates between holding two extreme views on the refugee crisis as he delivers a lecture. On the one hand he is staunchly anti-refugees and on the other he is a sympathetically calling for them to be welcomed into Europe.

Meanwhile, the class that receives this polarizing lecture consists of not actors, but real refugees.

The film forces viewers to reflect on the refugee crisis in the Mediterranean and to confront their discomfort when reflecting on this divisive topic.

“It is a very provocative film that stays in your heart after you finish watching it,” said Wong. “You can’t help but keep thinking about it.”