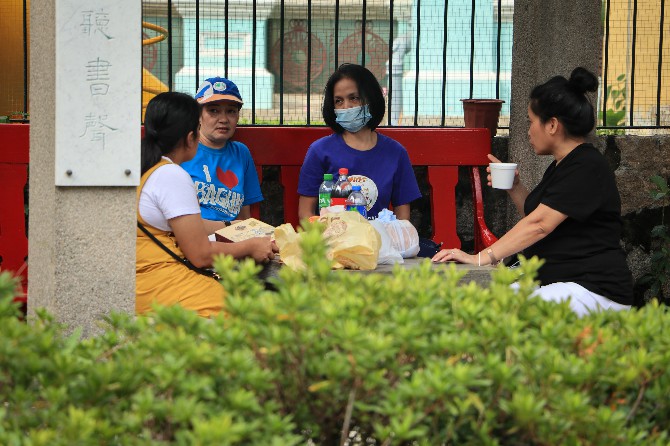 Lawmakers José Pereira Coutinho and Agnes Lam have voiced their opposition to the application of the new law for the hiring of non-resident workers (TNRs), which they consider to be causing unprecedented difficulties. The acknowledgment was made over two separate spoken inquiries delivered at the Legislative Assembly (AL) last Thursday.
The basis for the dissatisfaction of the two lawmakers is the fact that the provisions of the new law, which entered into force just three months ago, form the main obstacle to unscrambling the issues. These are related to both the stranded TNRs who have recently been dismissed and cannot be reemployed – says Pereira Coutinho – and the recent lack of manpower and difficulties in hiring domestic workers, as Lam claimed.
For Pereira Coutinho, the problem originates from the complicity between the gaming concessionaires and high-ranking gaming inspection officials. This has resulted in the companies being allowed to dismiss a high number of workers without providing them with sufficient means of survival or alternative avenues to return to their home countries.
“Most of the dismissed are non-resident workers from Asian countries that roam the streets, some begging for money to buy food, and others requesting support from local associations,” Pereira Coutinho said adding that the government is well aware of the situation but does not do anything to relieve the suffering of these dismissed workers. On the contrary, “It was the government that proposed and enforced the new amendments to the law of the hiring of TNRs that created this ‘social turmoil,’ regardless of having been warned several times by us [lawmakers] in the meetings of the Standing Committee [of the AL] that such changes would result in these disastrous consequences.”
For Pereira Coutinho, such amendments harm both the workers who are unable to find new jobs and the local employers that cannot employ them.
This “scandal” is, according to the lawmaker, is the sole responsibility of the government.
Lawmaker Lam also pointed out problems with the new law, noting that the decision from the government to liberalize the quotas for the hiring of imported labor for domestic workers from the mainland only resulted in an increase of 50 of these workers in the first 11 months of 2020, a period in which the total figure shrunk by 1,240 people.
Lam notes that the hiring of domestic workers from the mainland is an inadequate solution, as the market conditions in Macau are not attractive for these workers or for the families which, on average, need to pay double the salary earned by foreign workers. This is “a burden that families cannot support” and that “adds pressure to the families in which both spouses are employed and that in the long term will affect the families, the economy and the Macau society.”
To tackle the cyclical changes and ease the lack of domestic workers, Lam suggests that the government “explore legal ways or [enforce] special measures to allow families to hire dismissed TNRs who are currently stranded in Macau for a long period.”
Lam noted that this measure would also carry added benefits, since “as they have been living in Macau for a long period there will be no complications regarding the pandemic prevention.”
She is also proposing a system to prevent TNRs currently employed in domestic work from swapping employers or moving to a different type of job, aiming to retain the available manpower and mitigate the need to import more of these workers from abroad to address the needs of local families.
When the amendments to the law regarding the hiring of TNRs was discussed and voted upon in the AL plenary, during the final reading on June 23, 2020, both the lawmakers voted in favor.