Philippine gov’t to decide on repatriating nationals in the SAR 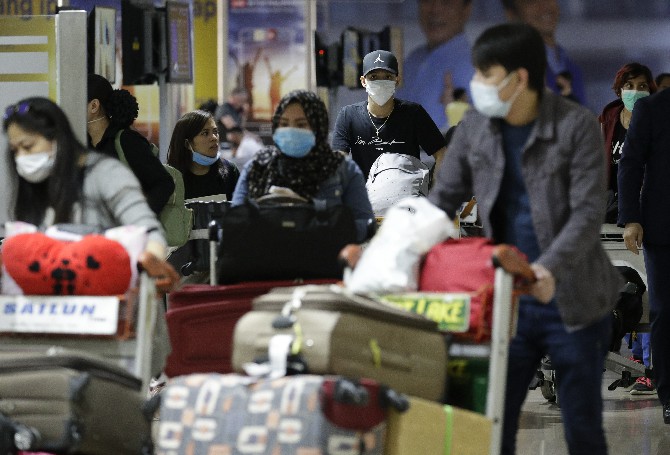 The Philippine government will soon decide on whether to repatriate its nationals from Macau. Several stranded Filipinos in Macau have been calling on the Philippine government’s assistance since flights were first canceled due to the Covid-19 outbreak.
Philippine authorities have now said that they are mulling the repatriation of at least 210 Filipinos who want to return to the Philippines, following the successful repatriation of 30 Filipinos from Wuhan, the epicenter of the new virus.
“We are aware of the possibility that some of our countrymen in Macau want to be repatriated,” said Cabinet Secretary Karlo Nograles, as cited by Philippine media outlets.
“It started with 210 but now [the numbers] are increasing. Maybe […] we can have a clearer assessment of the number that signifies those that want to be repatriated,” said Nograles, who is also an ex-officio member of the Inter-Agency Task Force on Emerging Infectious Diseases.
The meeting was reportedly held yesterday, but no update was given by press time.
Additionally, Filipino nationals who now wish to enter Macau face strict travel restrictions. Only those who work in Macau or are permanent residents of the SAR are allowed to leave the country for Macau.
Currently, there are still no flights connecting Manila to Macau as Philippine Airlines, Cebu Pacific Air and AirAsia, the three airlines running the routes, have not yet resumed operations.
Last week, over 100 Filipinos opted to fly back home via Taiwan as repatriation efforts by local migrant groups and the Philippine Consulate General in Macau did not work out.
Some also chose to take the Hong Kong route to go back home.
A note issued by the consulate said it was notified that discussions with the airlines about the chartered flight “met a setback [due to] concerns by airlines regarding quarantine procedures for their flight crew.”
Earlier, a group of 134 Filipinos sent the government a petition requesting a chartered flight back to Manila. Among them were pregnant women, elderly people and people with infants.
These Filipino nationals are mostly tourists stranded in the SAR in the wake of the Philippine government’s decision to restrict travel between the Philippines and China and its SARs after news of the Covid-19 epidemic surfaced. LV