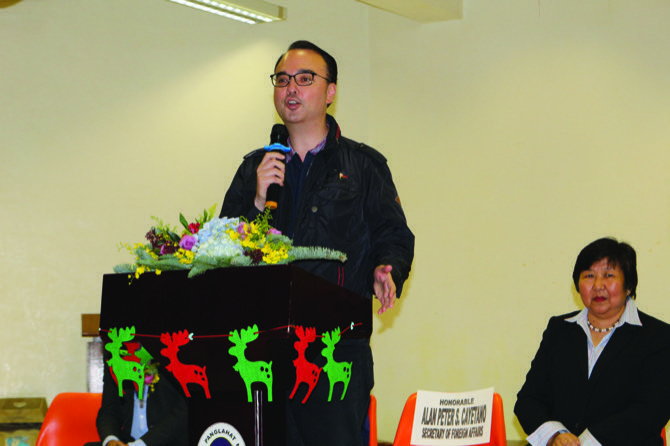 The Department of Foreign Affairs (DFA) of the Philippines pledged to continually assist Filipino migrant workers in the MSAR, along with the bureau’s substantial increase in its budget for 2018, which amounts to PHP1 billion from PHP400 million last year.

The pledge was in line with the country’s president Rodrigo Duterte’s directives, which prioritize the concerns of migrant workers by improving their welfare and their access to the country’s agencies and services.

The DFA has also been working with the Philippines Department of Labor and Employment (DOLE) in a bid to develop its coordination in responding to Filipino’s request for assistance.

DFA secretary Alan Peter Cayetano reiterated that the increase in its budget would allow the bureau to assist these migrant workers’ legal cases. Cayetano also noted that the work also lies in creating dialogues with the governments of regions with significant numbers of Filipino workers.

“Upon the directives of the president, if a [legal] case is set to start, we can immediately use the [legal assistance] fund [but] it doesn’t mean to say that we’re going to be able to cover everywhere,” said Cayetano, who was speaking on the sidelines of Sunday’s Christmas party organized by the Philippine Consulate General of the SAR (PCG).

“There are things we’re working out on a diplomatic level,” the official continued.

Cayetano recently vowed to launch new initiatives in the Philippines and abroad so as to improve the delivery of consular and other services.

Speaking to the press, the secretary said that technology would play a significant role in these initiatives, revealing that the bureau is developing a specific app that migrant workers will be able to use to renew their passports.

He admitted that the renewal of passports has been a challenge as the backlog is large and the data, including fingerprints and biometrics, has not been converted to electronic files.

In Macau’s PCG, only 22 personnel are available to serve some 32,000 Filipinos in the region.

When questioned about whether there are plans to increase the numbers, the secretary implied that it is being considered, along with its budget. 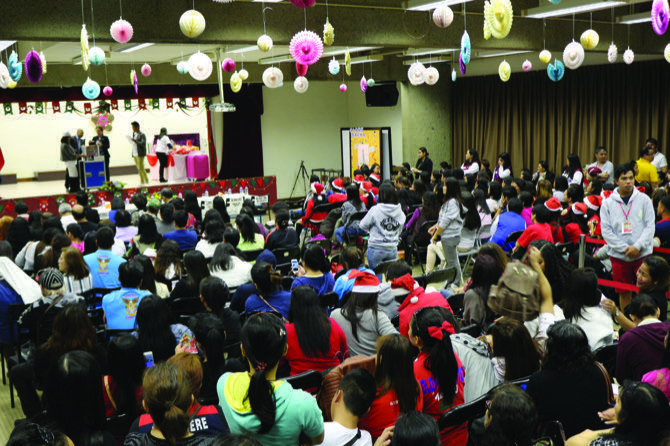 Aspect of the Christmas party organized by the consulate

“We have identified areas where there are many Filipinos [who need consular] services,” he said.

The official also said that it is working on a proposal for the creation of an Overseas Filipino Worker (OFW) Cluster, which would include the DFA, DOLE and other government agencies to ensure better coordination in matters involving migrant workers and their families.

According to him, the OFW Cluster that he proposes will not only improve coordination but will serve as a command center to integrate services among different departments to deliver assistance to the families of migrant workers.

“There is a lack of program and coordination of how to help their families integrate into businesses or investment,” the official explained.

“If we’re only just dependent on our OFWs, our economy won’t grow that much; their families will not go up the economic ladder.”

Manila and Beijing are set to hold South China Sea talks early next year, and Cayetano vowed that the country would fight for the national interests of the Philipines.

He noted that Duterte’s directives aim to produce warmer ties which will lead to more cooperation, more stability and more development.

“We are isolating the problems or issues we have with China and bolstering the relationship in other aspects, and having said that, we assure the people that we will fight for the national interest in both cases,” the secretary said.

The annual Christmas party of the consulate, which was held at St. Joseph the Worker Church, featured performances, games and raffle draws.

Commenting on the event, Labor attaché Vivian Tornea said, “this is a chance where the Filipino community gets together. They have made their preparations to share talents and resources so they can give joy to their compatriots in Macau.”