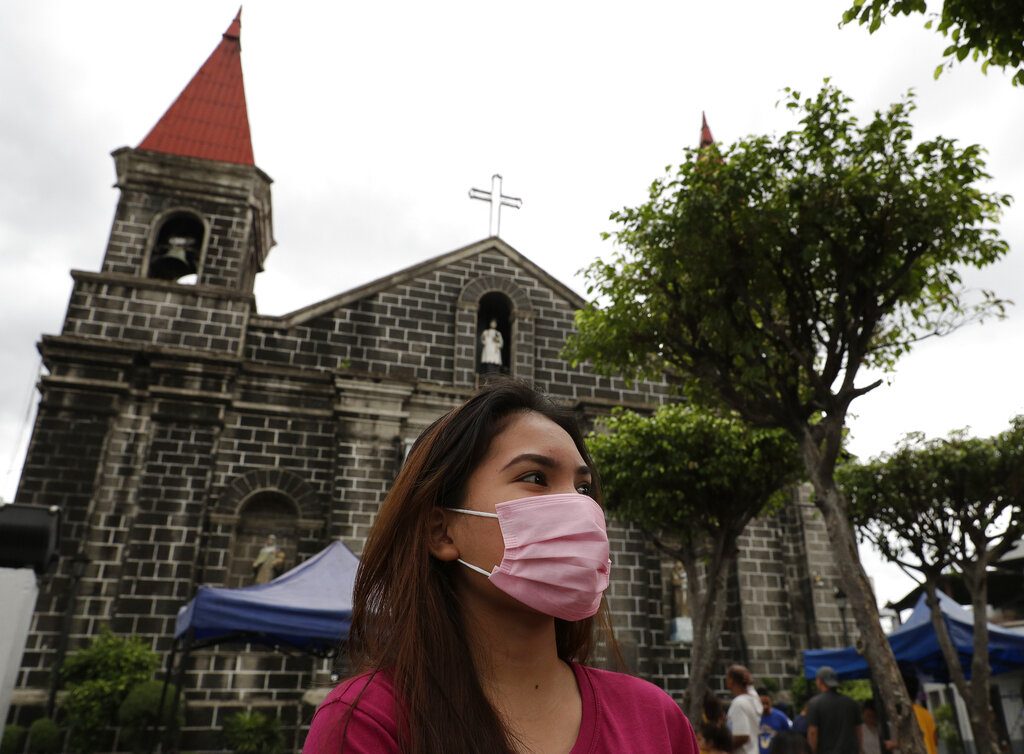 A woman wearing a protective mask walks outside a church in Mandaluyong, east of Manila on Sunday (AP Photo/Aaron Favila)

The Philippines today (Sunday) reported the first death from a new virus outside of China, where authorities delayed the opening of schools in the worst-hit province and tightened quarantine measures in a city that allow only one family member to venture out to buy supplies.

The Philippine Department of Health said a 44-year-old Chinese man from Wuhan was admitted on Jan. 25 after experiencing fever, cough, and sore throat. He developed severe pneumonia, and in his last few days, “the patient was stable and showed signs of improvement, however, the condition of the patient deteriorated within his last 24 hours resulting in his demise.”
The man’s 38-year-old female companion, also from Wuhan, first tested positive for the virus and remains in hospital isolation in Manila.
President Rodrigo Duterte approved a temporary ban on all travelers, except Filipinos, from China and its autonomous regions. The U.S., Japan, Singapore and Australia have imposed similar restrictions despite criticism from China and an assessment from the World Health Organization that they were unnecessarily hurting trade and travel.