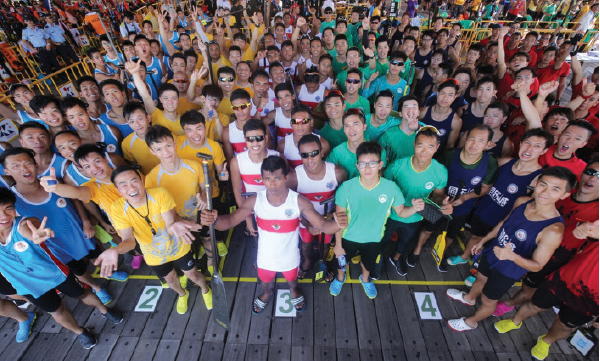 Indonesia’s national team and China’s NanHai Jiujiang made successful  comebacks during the  International Dragon Boat Races over the weekend on the Nam Van Lake. The two teams clinched the championship titles in the 500m open and 500m    women categories respectively.
After enjoying a four year winning streak since 2008, China NanHai Jiujiang lost its first place position to the Indonesia National Team in 2012. The Indonesians secured this year’s top spot in the 500m open category while the powerful Chinese team clinched the top title in the 500m race for women.
The grand finals for the two categories both took  place on Saturday. Only six outstanding teams out of a total of 47 reached the finals. The Chinese team, the Indonesian team and SJM’s Golden Jubilee – which was the winner of the domestic race held last week – gained momentum after rowing 100 meters, yet the first two emerged from the flotilla halfway through the race. The Indonesia National Team managed to forge ahead of its Chinese rival towards the finishing line with a recorded time of 01:53.090, similar to its performance two years ago.
China NanHai Jiujiang took the championship title in the female-only race where the team darted to the finish with five rivals struggling fruitlessly to overtake them from behind. The first runner-up was the Philippines Dragon Boat Federation, followed by another mainland team, China Tianjin.
The University of Macau’s dragon boat once again brandished the champion’s flag after their success in the local university student-only race on June 13, as the team won the university 500m race, followed by Hong Kong University of Science and Technology and Beijing Normal University’s School of Sports and Leisure. 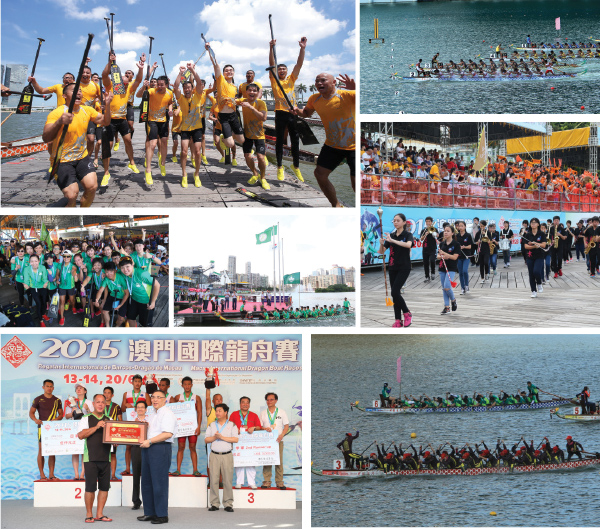