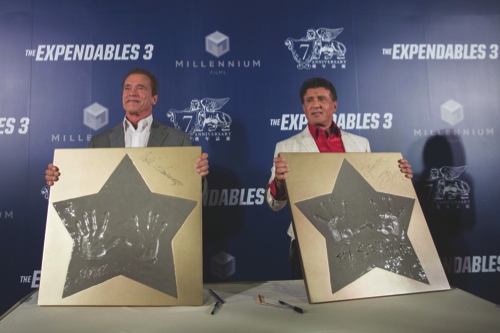 The Hollywood stars take part in a hand printing ceremony 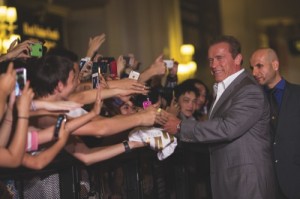 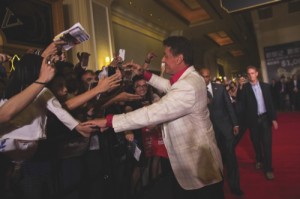 Friday night shone as Hollywood’s legendary action stars Sylvester Stallone and Arnold Schwarzenegger greeted a local audience at the red carpet at the Venetian Macao. Before the special screening of their latest film, The Expendables 3, the two international icons walked the red carpet at the Venetian Macao, attracting a throng of enthusiastic fans.
Visiting the region for the very first time, both actors said that they were happy to explore different audiences around the world. “It is very encouraging to see that we have big Asian fans,” said Stallone. 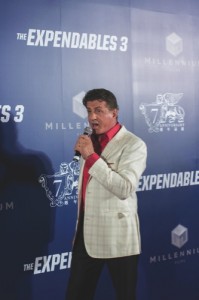 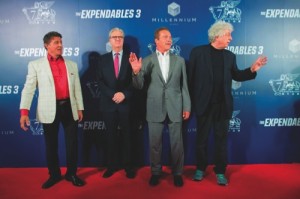 Despite the issue of the movie being pirated before its premiere in America, Stallone, one of the writers, is confident about the Chinese market. “It has been publicized that we had a problem with the film being pirated in America. So we figured that many may have seen the film for free. It certainly affected the box office. But we believe that people in Asia want to see the film the way it was [made], which is our big screens, big effects (…) showing action and ensembles that have never been seen before. So I have really great expectations for the film [being] released in China,” Stallone told the Times in a press conference after the red carpet event.
Talking about the future Expendables 4, the actors said that they would welcome Chinese action actor Jackie Chan, who declined to join the Expendables 3 cast, to join the fourth installment. Schwarzenegger also expressed the wish for more new faces in the next cast. 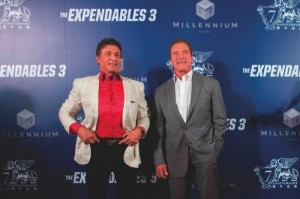 The special screening for the action film took place in the Venetian Theatre, as part of the series of activities celebrating the Venetian Macao’s 7th anniversary. Stallone and Schwarzenegger also participated in a hand printing ceremony, laying down their handprints and signatures for the Bridge of Stars Gallery at Cotai Strip Resorts Macao.
“It was a great thrill for everyone involved to see these two legends of Hollywood come to Macau for this special screening, from the fans lining the red carpet to our guests in the theatre,” said Edward Tracy, Sands China president and chief executive officer. “We’re very pleased that this event provided us with an opportunity to deliver world-class entertainment while casting the spotlight on Macau as a global destination.”
Released on August 15, “The Expendables 3” was directed by 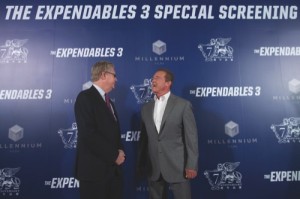 Edward Tracy, left, speaks with Arnold Schwarzenegger on the red carpet before the special screening of The Expendables 3 at The Venetian Theatre 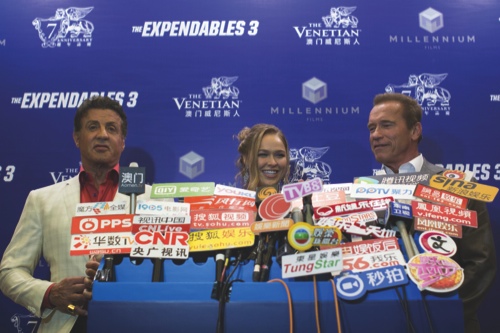