Photography | Exhibition showcases conditions of Vietnamese refugees in the ‘80s 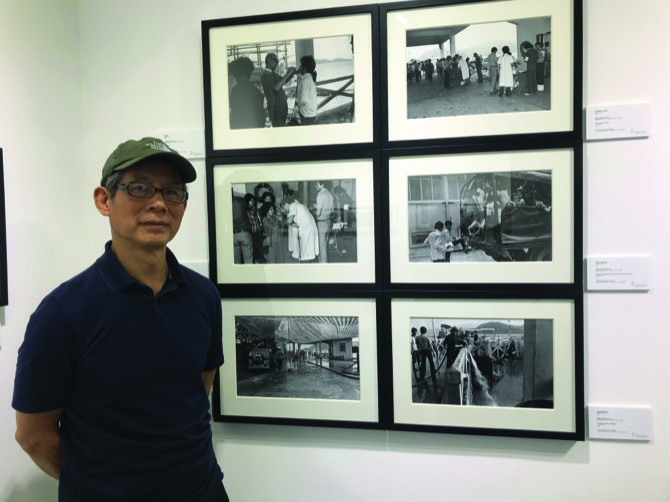 A photo exhibition titled “Vietnamese Boat People in Macao – Photography by Chan Weng Hon” is showcasing 42 photos revealing the circumstances of Vietnamese boat people in the region in the 70s and 80s, reflecting the living conditions and the temporary settlements of Vietnamese refugees.

The exhibition, which launched yesterday at the Macau Photography Art Space (Rua do Infante), shows the alternate landscape in the form of the mobility of Vietnamese boat people at that time, as well as the record of the historical moment at which Macau was once the “port of first asylum.”

The first solo exhibition by the local photographer features photos that are mostly about the living conditions and the environment of the refugees, including the situation of the boat people undergoing an inspection when they arrived in Macau, the temporary housing shelters, the refugee camp and bathrooms.

Chan, a local photographer who used to work for a local newspaper back in the 80s, described the transfer of the Vietnamese refugees during that era as “peaceful.”

“Thousands were flooding to Macau for refuge, but it was quite special because it was so peaceful despite the number of people arriving to Macau. They didn’t have their own homes, but they had unity,” he told the Times.

“It was an emotional time because they had escaped their country and they brought nothing with them but their families,” Chan added.

The photographer recalled that the exhibition hopes to remind the public that these refugees were also a part of the city’s history, noting that there is a lack of such photos available on the internet.

The conflict between China and Vietnam occurred between 1978 and 1979, when large numbers of Vietnamese refugees flowed into Macau and other countries that constituted places in which to seek asylum.

On July 27, 1978, at the request of the United Nations, Macau announced the establishment of a temporary camp for Vietnamese refugees.

“To let the public be educated about this part of our history is this exhibition’s main goal,” Chan explained.

“Many residents do not pay too much attention [to] this, as they only focus on the changes in the city’s building transformations,” he added.

The record shows that between 1990-95, there was only one person left.

Chan also hopes to bring the exhibition to Hong Kong and Taiwan. LV