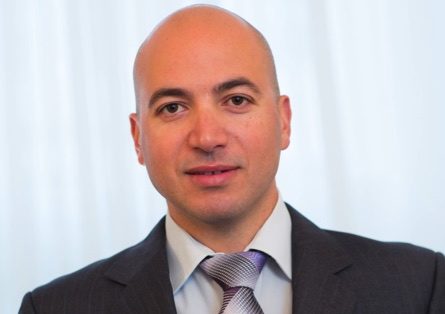 In his first year as chief executive of online gambling company Amaya Inc., Rafi Ashkenazi has made careful moves. Now his appetite for risk is growing.

Promoted after founder David Baazov stepped down amid insider trading charges and poor earnings performance, Ashkenazi has focused on paying down debt, installing a new management team and lessening the company’s exposure to the unstable online-poker business. His pragmatic style of management has helped him regain investors’ confidence, with the stock up 31 percent since he took the helm as interim CEO last March.

This summer, the world’s largest online-poker company will have money to spend after finishing paying for its USD4.9 billion purchase of sites PokerStars and Full Tilt, a deal struck in 2014 under Baazov. That means the Pointe-Claire, Quebec, company will be on the hunt for deals.

“We are very open to acquisitions generally,” Ashkenazi, 42, said in an interview at an Amaya office outside Toronto. He’s now recruiting someone to focus on M&A, with the “highest priority” on sports betting.

Unlike his predecessor Baazov, the creative force behind Amaya who made bold wagers on deals, Ashkenazi is an engineer by trade who got hands-on experience in stints as chief operating officer at gaming companies like Playtech Plc and Rational Group Ltd., the PokerStars owner Amaya acquired.

Now, with Baazov no longer attempting to take the company private, Ashkenazi is firmly in control. He has hired people to head the casino and sports division and is close to choosing a new chief financial officer. He’s even going to propose changing Amaya’s name, he said, without disclosing the new moniker.

“I’m far more driven by managing actively risks,” he said. “I always plan for the worst and I always try to be ahead of the curve.”

One risk is poker. The business has been in decline since the U.S. outlawed online-gaming companies and professional card players started elbowing out amateurs. The market peaked at $3.3 billion in 2010 and now accounts for 6.2 percent of all global interactive gambling, down from 17 percent in 2006, according to consulting firm H2 Gambling Capital.

Acquisitions could boost Ashkenazi’s efforts to diversify beyond poker to faster-growing businesses. The game made up 70 percent of the company’s total revenue in the fourth quarter compared with 78 percent a year earlier, while the share of online casino games and sports book rose to 26 percent from 17 percent.

“Amaya has done well to persuade their poker players to try their casino product,” said Warwick Bartlett, chief executive officer of Global Betting & Gaming Consultants, based in the Isle of Man. “The sportsbook has been less successful and faces a competitive market where the majors have established significant volume and price efficiency.”

Even with a healthier balance sheet, it may still be too early for Ashkenazi to go on an acquisition spree. Amaya’s long-
term outstanding debt at the end of 2016 was $2.5 billion, and its net debt to earnings ratio stood at 4.4, meaning “any sizable acquisition would likely require equity,’’ Maher Yaghi, an analyst at Desjardins Capital Markets, wrote in a note last week.

There is also the matter of reconciling past missteps in its sports business, which Ashkenazi said included launching a web platform before it was ready, focusing marketing efforts on consumers who were new to sports betting instead of established sporting gamblers, and choosing to debut in the competitive U.K. market. Now Zeno Ossko, the managing director of its BetStars online sports-betting division, is “changing it,” he said.

“2017 will also be to a large extent the continuing transitional year for us, but probably from the second half of this year, I can be much more focused on finding ways to grow the company, not necessarily organically,” Ashkenazi said.

In his short time as CEO, Ashkenazi has already found himself at the M&A betting table. Amaya considered a merger with William Hill Plc in a deal that would have created the world’s largest online gaming business.

The companies ended talks after U.K. activist investor Parvus Asset Management opposed the union. But Ashkenazi said he hasn’t ruled out the possibility of playing the hand again.

“You can never say that anything is dead,” Ashkenazi said. “Sometimes companies need time to reflect before they reengage in discussions.” He added that he believes William Hill is a “great company with a great brand” and it would be a “very good merger.” A William Hill spokesman declined to comment.

Beyond M&A, Amaya is hoping as many as seven U.S. states legalize online wagering, a jump from three now. Further out, Ashkenazi’s “big diamond” is California. The company is also fighting an $870 million fine in Kentucky for allegedly violating the state’s anti-gambling laws.

On the federal U.S. front, forces are still aligned against online wagering. Las Vegas Sands Corp. CEO Sheldon Adelson opposes it, and Republican senators and congressmen may again sponsor legislation banning it. Attorney General Jeff Sessions said during his confirmation hearing that he was against the reinterpretation of the Wire Act that allowed online bets.

Amaya is also preparing to pull out of Australia in the wake of legislation making foreign online poker companies illegal. In essence, only operators holding a license in Australia can offer their products to Australians. To make up for that loss and boost poker growth in coming years, the company is entering new international markets, paring down the perks of professional players to bring casual players back, and targeting new audiences such as video-game players.

Still, Ashkenazi feels he’s moved away from the company’s most trying times.

“The changes that we went through in 2016 were quite dramatic,” Ashkenazi said. “Now I can focus myself on the future of the company.” Sandrine Rastello, Bloomberg 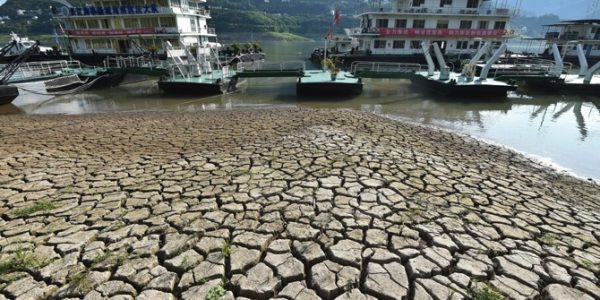