Policy Address | Many questions to Leong, most left unanswered 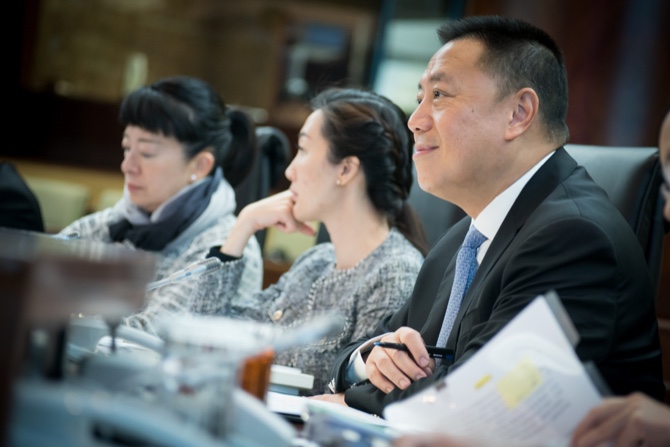 On the second day of the policy address for the Secretariat of Economy and Finance, the cascade of questions to Lionel Leong continued as in the previous day, when 18 out 30 lawmakers that registered to speak been able to address their questions.

Similarly to the first day of Leong’s presentation at the Legislative Assembly (AL), there were more questions than answers yesterday, with many lawmakers showing disappointment for the flat answers of the Secretary and his team or, in some cases, the complete disregard of questions.

Ng Kuok Cheong was one those who found several of his questions unanswered, including several that sought to clarify a suggestion by Leong that the government would start work on the universal extension of the minimum wage, currently in force only for building management, cleaning and security staff.

Despite Ng’s insistence and doubling-down on unanswered questions from the previous day, the lawmaker could not get a clear answer from Leong on the topic.

Another of the topics raised by Ng was the Trade Union Law that has been proposed and rejected nine times at the AL, the last time about one year ago. Ng wanted to know the status of the work towards developing the bill.
Replying to Ng on that matter was not the secretary but a representative of the Labor Affairs Bureau (DSAL), who said only, “as we mentioned [one year ago], we proposed to launch a study to identify the conditions in which the Trade Union Law could gather the general consensus. […] The public tender on this study has been done already and we are now waiting for the outcome [of it] to present it to the CPCS [Standing Committee for the Coordination of Social Affairs].”

To recall, the DSAL announced in late-January that the study would last for a total of 540 days. It has been assigned to the Association of Political Economic Studies of Macau.

Ng also questioned Leong in relation to the growing number of non-resident workers, specifically performing duties at the gaming concessionaire companies. According to Ng, the number of these workers has been growing exponentially, now accounting for over 30 percent of the total staff in almost all gaming companies.

“We most control this!” the lawmaker exclaimed. “We need to bring this topic to the licensing renewal. We need to establish rules that state that the concessionaires must keep a maximum ceiling below the 30 percent [mark] and make them comply with that,” urged Ng.

Leong merely replied that the government keeps such data on record and could provide it to the lawmaker should he want to review it.

Another of the questions barely answered by the Secretary came from lawmaker Song Pek Kei, who enquired about the planning of the government in face of challenges brought about by the trade war between China and the U.S.

Leong said that the government is prepared and has contingency plans, although he declined to provide details.

Replying to several lawmakers on the topic of the Trade and Investment Promotion Institute (IPIM) scandal and on the criteria used to grant residency via investment, acting president of IPIM Irene Lau said, “we have optimized the criteria using as reference the practices of neighboring regions and others. We also listened to several associations and different bodies including the Talent Development Committee.”

“We have now a more suitable criteria,” she added, that would lead to the creation of a new regime for the attribution of residency via investment.

However, lawmaker Ella Lei found the response problematic, interjecting that Macau does not need a new regime for the attribution of residency. She claimed that the number of non-resident workers is already sufficient to solve the lack of manpower in some areas. “We do not need to have this concern anymore,” she said, adding that the “policy of employment and residency attribution must be one.”

The issue of vacant housing units that are left off the rental market is, according to the government, “not as big an issue in Macau as it is in Hong Kong.”

Song had addressed the plenary to ask if the government had the intention to accept the proposal made by several lawmakers – including herself – to apply a special tax to housing units that are vacant and not in the rental market, similarly to a policy in neighboring Hong Kong.

“We believe that the percentage [of vacant houses] is not that high [as in Hong Kong],” replied Iong, adding that he does not believe the issue has a significant impact on the local property market.

Nevertheless, the DSF head acknowledged that the government is aware and “following up on this topic and on the impact of the measures [adopted in Hong Kong].”

For the time being the Macau government believes the enforcement of such a rule in Macau “could cause some problems.”

“One of the difficulties is on how to classify [a house as vacant]. We believe that people have different opinions and we need to get consensus from society. We are planning to open a public consultation on this matter,” Iong concluded.

Leong complemented the answer of his subordinate by adding that “the prices [of housing] has more to do with supply and demand.”

“The most important is to control the supply and we need to focus on having enough supply [in the market] – not just in private houses but also in public housing.”