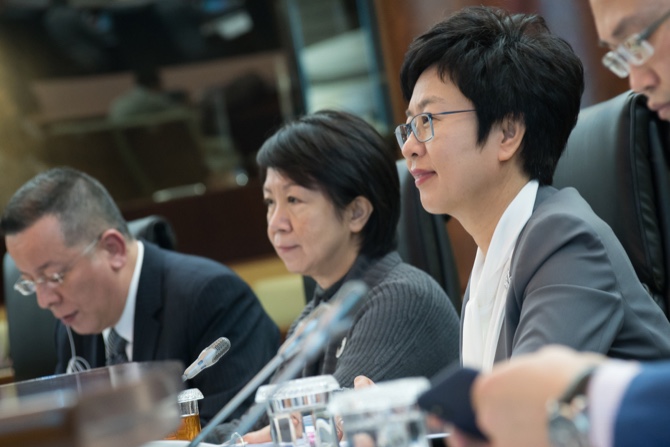 On the second day of the policy address for the Secretariat for Administration and Justice, Secretary Sonia Chan announced  the government’s intention to restructure more than a dozen public departments next year. The Secretary also said that the government will establish several new organizations in 2019.

The restructuring of public departments involves a total of 13 existing bodies, including the Education and Youth Affairs Bureau, the Office for Personal Data Protection and the Financial Intelligence Office.

“Apart from that, we are going to restructure the supporting offices of the Forum Macau and the Cultural Industry Fund,” said Chan during the plenary session, as cited by public broadcaster TDM.

It will also involve the establishment of three companies in 2019, namely the Macau Investment and Development Limited Company, the Macau Urban Renewal Limited Company and the “LRT Company.” to operate the Light Rail Transit project currently under-construction.

“This is to go in line with our goal to speed up our urban renewal process and the replacement housing bill sent to the legislature,” the Secretary explained.

The new organizations and the restructuring of existing entities will require the hiring of some 100 new civil servants. However, several lawmakers, including Wong Kit Cheng, expressed concern over what they termed the “high number” of government employees.

Among the other proposals outlined for the upcoming year, Secretary Chan stated she wanted to draft a new law to better regulate online shops and unlicensed food providers.

The proposed bill will seek to improve food safety and prevent the operation of unlicensed food service providers.

However, it will also require online stores dealing in the food and beverage sector to have a physical location so that they can be randomly inspected. The Civic and Municipal Affairs Bureau says that there are 37 online shops currently operating in Macau without a physical store.