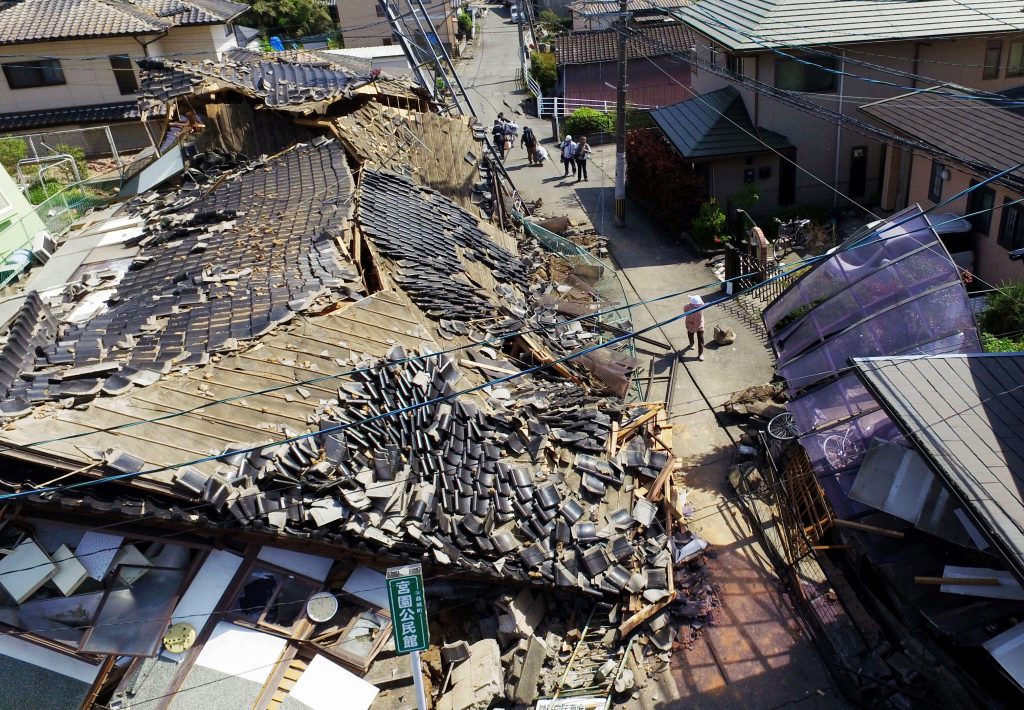 This aerial view shows damaged houses in Mashiki town, Kumamoto prefecture, southern Japan, Friday, a day after a magnitude-6.5 earthquake. More than 100 aftershocks from Thursday night’s magnitude-6.5 earthquake continued to rattle the region as businesses and residents got a fuller look at the widespread damage from the unusually strong quake, which also injured about 800 people. (Koji Harada/Kyodo News via AP)

A powerful earthquake with a preliminary magnitude of 7.1 has struck southern Japan, barely 24 hours after a deadly quake hit the same region.

The quake shook the Kumamoto region at 1:25 a.m. today (Saturday). On Thursday night the area was hit by a magnitude 6.5 quake that left nine dead and more than 800 injured.

Japan’s Meteorological Agency issued an advisory for a tsunami up to 1 meter along the coast east of the epicenter in Kumamoto.