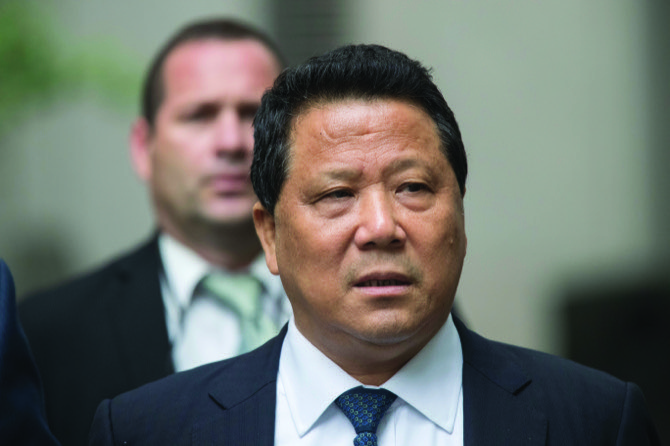 Prosecutors in the case of Macau billionaire Ng Lap Seng are pressing for a U.S. District Court in Manhattan to sentence the convicted real estate mogul to more than six years in prison after he was found guilty of bribing United Nations officials to build a conference center in Macau.

Ng was convicted in July last year on several charges including bribery, corruption and money laundering.

Now prosecutors have called for a specific punishment in their most recent filing with the District Court, as well as a USD2 million fine that Ng could be made to pay.

The call comes just a month after defence lawyers asked the court to sentence Ng just to the time he had already served – from arrest to the upcoming sentencing – and allow the nearly 70-year-old real estate developer to return home to China.

Ng was found guilty of several crimes in July last year and now faces a maximum of 65 years in prison.

Throughout the case, prosecutors presented evidence that Ng from 2010 to 2015 bribed two U.N. ambassadors, including former U.N. General Assembly president John Ashe, paying one $50,000 monthly at the scheme’s peak to create a center to serve struggling Southern Hemisphere nations.

Ashe, who was arrested in the case but was not charged with bribery, died last year in an accident at his home.

The United Nations said it “cooperated extensively to facilitate the proper administration of justice in this case, by disclosing thousands of documents and waiving the immunity of officials to allow them to testify at trial.”

The verdict was seen as a triumph for prosecutors who navigated thorny legal issues surrounding immunity given to U.N. diplomats before winning the cooperation of suspended Dominican Republic Ambassador Francis Lorenzo, who pleaded guilty to charges and testified against Ng.

Lorenzo said Ng initially paid him $20,000 a month as president of a media organization before boosting that by $30,000 a month with instructions to get Ng’s construction company named on official U.N. documents as the company that would build the Macau center.

Ng’s sentencing is scheduled for May 11.  MDT/AP