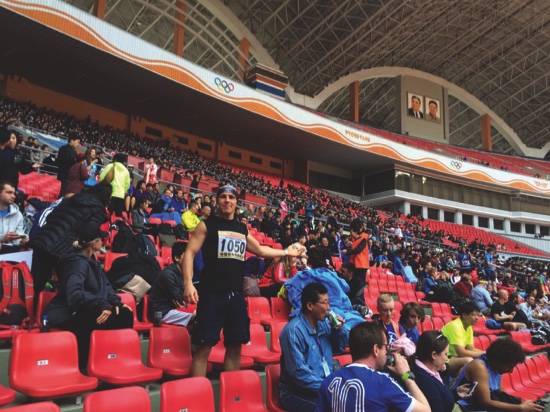 Thirty-three-­year-old Macau resident, Simon Lam, travelled to North Korea earlier this month to participate in the annual Pyongyang international marathon race as, according to Lam, the only runner representing the MSAR.
Simon Lam, who is originally from Wroclaw in Poland, has lived in Macau for five years and describes himself as an “enthusiastic runner.” He ran in the 10km marathon race in Pyongyang on Sunday, April 10. This is only the third year that foreign amateurs have been permitted to take part in the event.
Lam told the Times that he completed the race in less than 45 minutes and finished as best in his group, remarking that had he not stopped out of curiosity to observe the locals and tempt them into chatting with him, the Polish-born runner might have finished even earlier.
“I like to travel to remote places, like Tibet and parts of Sichuan Province. As North Korea is maybe the most remote country in the world, I wanted to visit,” he explained in an interview.
He says that while he was the only representative from Macau, there were plenty from China (as many as 90 percent of the participants) as well as some runners from Hong Kong. There was also a surprisingly large number of Americans competing, Lam testified.
His journey began in the early hours of Saturday morning as he prepared to board an Air Koryo plane. Lam says that he was perusing an English-language newspaper from the country and found the rhetoric praising the ‘Supreme Leader’  humorous. But he was to change his mind days later by the return trip.
“I changed my mind 180 degrees after visiting the country,” he said. “It was not at all what I expected.”
“I don’t think that Western media portrays the country, or its people, accurately,” he added. “I mean, part of it is accurate, but in a way by being too accurate, it becomes misleading.”
“What is in the North Korean newspapers is believed as genuine there. People stand behind the newspaper [and what is written in it]; this is their way. The people are not trying to 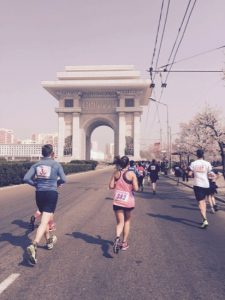 pretend that they believe in what they are told about their leader and their country; they truly, culturally and holistically believe it.”
After speaking with the few people who could and were willing to speak with him, Lam told the Times that “they all believe that the Koreas will unite within the next few years – or certainly within a decade.” When asked about the potential ramification of unification, such as an exodus from the North to the South, Lam said that North Koreans, like some of his handlers (guides), noted that they didn’t have all the answers and sometimes avoided addressing the question.
Lam said that the people were good-natured, polite and very hospitable.
“The language barrier was the real problem in trying to speak to the locals. Not very many of them speak either Chinese or English, but we exchanged smiles, and said ‘hello’, and gave high-fives.”
He also said that the children were very friendly and less shy than the adults, echoing similar reports from other travelers to North Korea. “They [the children] smile like other children around the world. However the older people ran away from cameras as they didn’t want to be in the photos.”
“I was a bit worried about the photos,” he admitted, “because I took photos of things that I was not supposed to. But I removed the SD card from my camera and hid it well.”
According to accounts from other participants, unlike in previous Pyongyang races, taking photos and video footage during the event was not banned. However, competitors were required to adhere to detailed rules when it came to photographing statues of North Korea’s leaders during the race.
Accounts from other travelers to the country say that, when taking a picture of a statue or image of a North Korean leader, they were required to ensure that the whole object was included. That excluded close-ups which may later embarrass or misrepresent the country’s revered leaders.
“The police were checking the cameras [of other runners and tourists] on entering and leaving [the country] to see the photos, but they were not looking for SD cards,” he said.
Lam was also impressed by the fluency and diversity of languages spoken by the soldiers working at the immigration services.
“They [immigration officials] spoke English to me, but I saw a French man whose books [that were in French] were being checked [by the officials]. The man asked whether they could speak French [so as to understand the nature of the books] and they replied to him in [proficient] French,” he recalled.
Although Lam has never visited South Korea and did not express any great desire to go as “it is probably quite similar to other places in the region, like China and Japan,” he says he “will definitely go back to North Korea to see more of the country – probably with my family and by train.”
“I think that we need more meetings and cultural exchanges to better understand the people [of North Korea] and so that they can better understand us,” he stressed numerous times during his interview with the Times. “It is about changing perceptions.”
“For example, many of them believe that Westerners are no good,” he said, referring to North Korean state news coverage that insists the U.S. and their South Korean allies are plotting to overthrow the regime and invade the country. “So it is a good thing for us to show them that we are not all like that by visiting the country.”
Lam also visited Kaesong, a city near the border with South Korea, and the Demilitarized Zone (DMZ). He travelled there in a tour group, organized by Uri Tours, a company which specializes in taking foreigners around North Korea. The group entirely consisted of foreigners according to Lam, most of them Western expatriates living in China.
According to some media reports as many as 1,600 runners may have taken part in the Pyongyang marathon, of which nearly were 1,000 were foreign amateurs, marathon organizers said. North Korea’s own Pak Chol won the men’s professional full marathon, completing the course in 2 hours 14 minutes and 10 seconds.
It was the best-attended marathon that has taken place in the North Korean capital. Its success can most certainly be attributed to foreigners’ fascination with the mysterious country, but perhaps also because the run gives tourists slightly more freedom to see parts of the country without the watchful eye of North Korean handlers than conventional tours currently do.
The marathon is officially called the “Mangyongdae Prize Marathon,” after the place in which North Korean founder Kim Il Sung was born. It is just one of many events staged to celebrate the anniversary of his birth.
When asked by  the Times regarding his plane journey out of the isolated country, via Shanghai, Lam said that he didn’t find the English-language North Korean newspaper as humorous as he had days before. Daniel Beitler 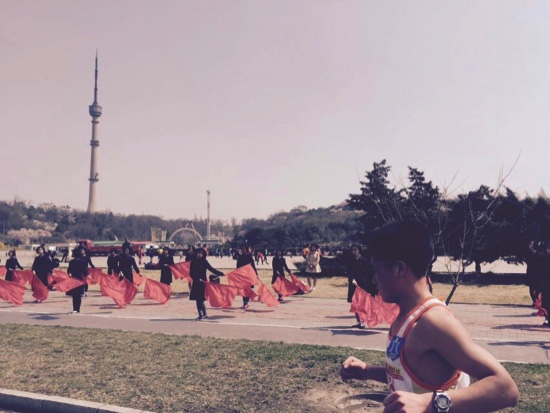 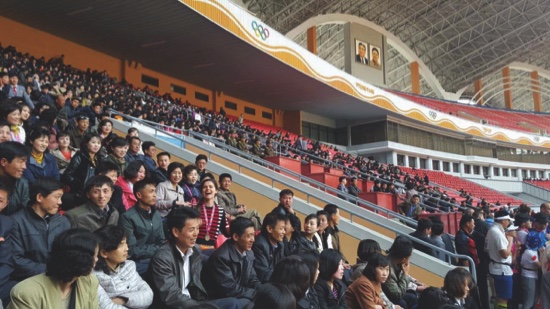 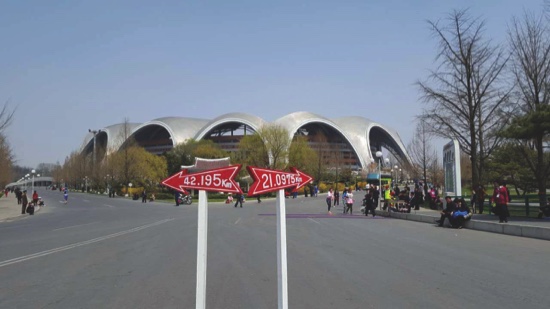 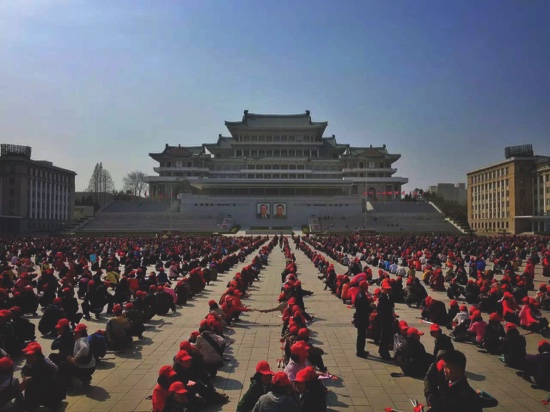