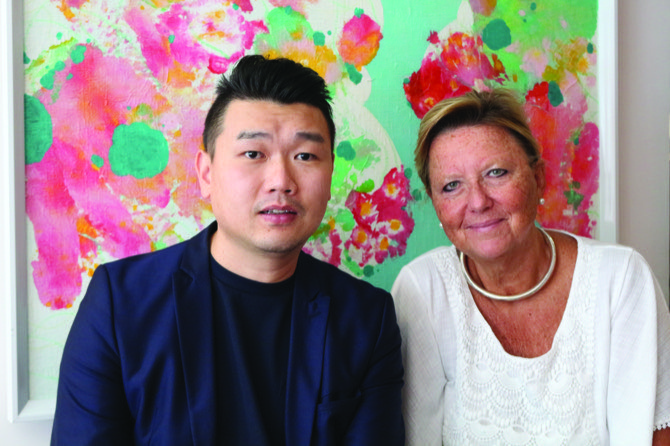 Managing director Suzanne Watkinson said Ambiente was “thrilled” to have won the awards and described the international recognition as a watershed moment in the company’s history.

The awards come at an interesting time for Macau’s real estate market. The chronic shortage of residential units in the city has been a major issue for the local government and a source of public dissatisfaction for years.

In the last 12 months, a number of policies have been implemented to curb market speculation, disincentivize non-local purchases, empower tenants and punish developers who fail to meet their land concession obligations. There is also talk of residents of both Macau and Hong Kong looking to neighboring Guangdong Province for a solution to the housing problem.

The Times sat down with Watkinson and the general manager of Ambiente Properties, Alex Cheng, to get their take on where the Macau property market is heading next.

Macau Daily Times (MDT) – What are your thoughts on the future of Macau’s real estate market? Are we going to return to peak prices any time soon?

Suzanne Watkinson (SW) – Property is all about supply and demand. So, when we talk about [future] prices, it really depends on how much supply is provided. […] The pipeline of supply is very restricted for the next five years, and so we foresee that, if there is not enough supply and if the locals keep their money in Macau and do not invest outside, then that will push prices up.

Alex Cheng (AC) – Since the presidency of Xi Jinping [began], there have been tight restrictions on Chinese capital and liquidity. The property market in Macau responded to that and prices fell. Now things are becoming more stable again, but we are not yet back to peak prices. The prices will also depend on the policies introduced by the Macau government. Certain taxes now imposed on additional properties in Macau are having a negative impact on the demand and that might affect the price.

MDT – The government has introduced several new measures to curb speculation in the real estate market. Are these measures having the intended effects?

SW – Over the last year, we have seen some interesting developments, including new regulations to help first-
time buyers up to the age of 44. That has meant for us a tremendous turnover of the smaller properties below HKD8 million.

But I think the government needs to be really careful about how it implements [housing] policies, because it’s directly affecting the Macau people. The new policies are going to encourage people to move money out of Macau. Is that a good thing? I don’t think so. The 10 percent extra tax if you are not a Macau ID holder has also really impacted the market and acted as a [disincentive] to outside investors. Also, the taxes on buying a second and third property has definitely depressed the market. With extra stamp duty for second and third properties in Macau, local investors are considering taking their hard-earned money and putting it elsewhere.

MDT – How is the rental market affected by the new regulations?

SW – We have clients who own multiple properties [in Macau] and because of the new regulations – where tenants have the right to stay for three years now instead of two – our clients said ‘pull them off the market, we want to sell them before that time.’ […] The return on investment is so minimal compared to the capital value of the property that many owners don’t want to go through the trouble of leasing their properties. So that’s fewer properties on the market to rent – and guess what? The rental prices go up.

MDT – Speaking of new laws and regulations, what is your take on the controversial Pearl Horizon project and the reclamation of idle plots?

SW – That is in the case when the developer is legitimately building but they have just run out of time to complete. There are instances when the developer will just have the land and sit on it. They will consider that it is too expensive to develop the land now and will wait for [construction] costs to come down. We are not so involved on the developer level, but I do hear these stories that it is extremely difficult to get these approvals from the government. First of all, you are approved that you can build for 40 storeys, and then the height is reduced. The goalposts keep changing and that makes it very difficult for the developer.

MDT – Hengqin is becoming a hub for local businesses, but what is the potential for residential areas to form there? Can a new supply of housing on the island impact local property prices?

AC – Right now, it is still too early for people [from Macau] to live in Hengqin. It might be another 10 to 15 years before [Hengqin] is ready. You need to move people into residential areas and that might take a few years. Then the commercial activity – like restaurants, shops and schools – will start a couple of years later.

SW – There may be demand for places outside of Macau, but that won’t necessarily impact demand for residential units within the city. It’s like in Hong Kong; Central will always be central. Doing [real estate] business in Zhuhai is not yet simple. It’s really not ready yet. We have seen some other, bigger agencies being stung quite badly over there. You can’t forget that it’s China – so it’s Chinese regulations. We know people; one minute they own the property and part of the public areas, and then the next they don’t […] the changing of the rules makes it too [risky] to mess with clients’ money there. I wish that there were more clear policies on how to do business there. We need more clarity there in order to carry out work on the behalf of our clients.

MDT – Do you expect the Hong Kong-Zhuhai-Macau Bridge to make living outside of the MSAR more attractive for locals?

SW – I honestly don’t think so. It will be great for the tourists, but when we want to go to Hong Kong, we don’t want to go to Lantau and then onward […] we want to go straight to Central. The tragedy in my mind was that there is not going to be a train. That would really have given connectivity between the areas and that might have had an impact on the property market.