Q&A | Joe Chan, Environmental activist: ‘So far, there is no education about plastic pollution’ 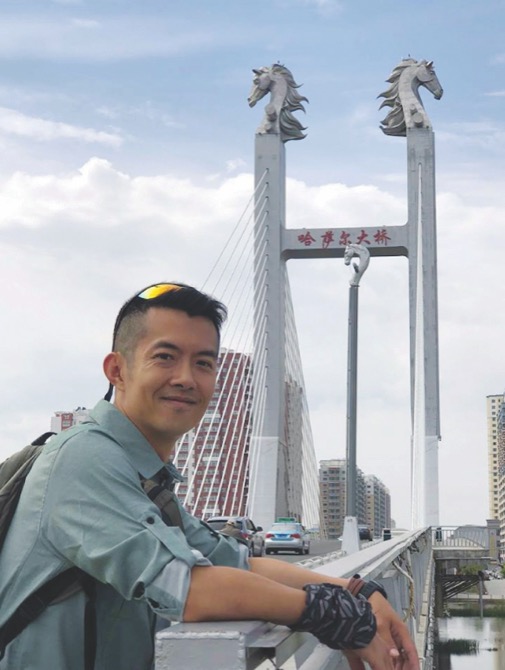 A  call to halt single-use plastics has been circulating online in the region as Macau saw a 2.9 percent increase in its daily solid waste last year.

On Aug. 30, a group of residents attained some 4,700 signatures supporting the “Ban Single Use Plastic” campaign, noting that the government needs to consider long-term investments for the environment protection system in the city.

Thus, environmental activists are continually urging the government to encourage the use of less plastic.

Supporting arguments include the fact that only less than 20 percent of plastic is recycled, while the rest is incinerated.

Meanwhile, it was only last month that the Environmental Protection Bureau (DSPA) said it was considering a law that would levy a charge on plastic bags in the city, which is now in the legislative stage.

Joe Chan, environmental activist and president of the Macau Green Students Union, told the Times that it is about time for the government to take action on this matter, citing the city’s long legislation process.

Macau Daily Times (MDT) – How far are we from implementing the ban on single-use plastic?

Joe Chan (JC) – It takes more than six years for our government to go through the legislation process of taxing plastic bags. Assuming that banning disposable plastic waste in our daily lives is very complicated, the whole process should take more than 10 years. That’s why we need to start doing investigations [on our daily consumption patterns] and public education. Without the awareness of citizens, nothing will happen. But so far, there is no education about plastic pollution or any timetable for legislation from the government.

MDT – So we lack education on this matter?

JC – Yes. Everyday, many citizens use disposable plastic containers, [and] more and more fruits and vegetables are packed in unnecessary plastic film. There are no advertisements or any education from the government to inform people about the harmful effects or environmental impacts of using too much plastic.

MDT – Do you think the city has effective measures to solve this problem?

JC – Our city is absolutely far beyond the pace of many other developed cities in solving the overwhelming plastic pollution. As more and more plastic waste is created every year, the recycling rate is less and less. It only means that our government is just ignoring the off-track situation. They are trying to solve the problem by building a bigger incinerator in future, leaving this bomb for the government in the next term. 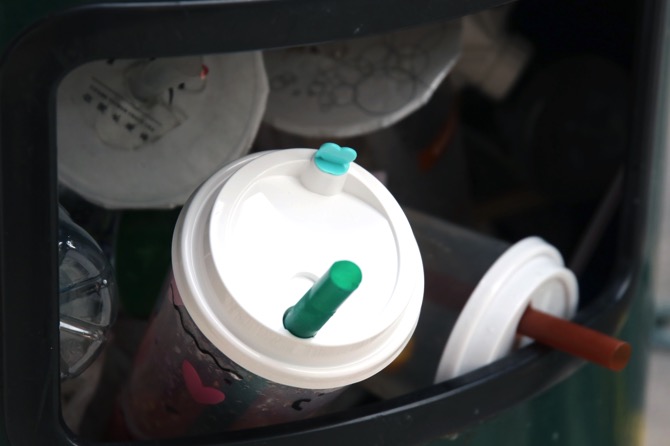 “Our city is absolutely far beyond the pace of many other developed cities in regards to solving the overwhelming plastic pollution.”

MDT – What do you think is the most efficient way to tackle this issue?

JC – There are three directions we should currently follow. First is to start to arouse public concern about plastic pollution by multimedia. Secondly, it is to advocate for the substitution of plastics at many public events, including food festivals, expos, or any activity that is held by government or big enterprises. In the end, legislation is the final key process. Even though we may not have it in the short term, at least we can keep proposing it in our agenda or by use executive law from the government to restrict the sale of plastic bottles in vending machines or to ban the most toxic plastic waste product.

MDT – There is a call to stop using plastics in fruit wraps in the market on social media. What role do enterprises and gaming operators play in this?

JC – From their point of view, packing the fruits or vegetables with plastic may prolong the duration of selling, and since the appearance of package looks modern, they are selling the items at a higher price. So it won’t be easy for them to stop the trend. Customers play a key role in this issue. When people realize the truth that packages with plastic may contaminate the fruits or vegetables as high temperatures during transportation results in the release of POC from the plastic material. They may not still believe it, based on the appearance of the packaging. Hence, this concept can only be instilled [in customers] through public education.

MDT – Does most of the city’s waste come from gaming operators?

JC – According to global trends about the principle of “polluter paid,” all casinos and hotels that are consuming more resources or creating more waste should be responsible for their environmental impact. Some of them have started a very astonishing green program to cut down their waste, but they just do it as their social duty. The government should have more eco-friendly policies for any casino or hotel to be encouraged to go green. For example, signing a new exclusive contract in future could be a requirement, or the government can provide a tax reduction for motivation.