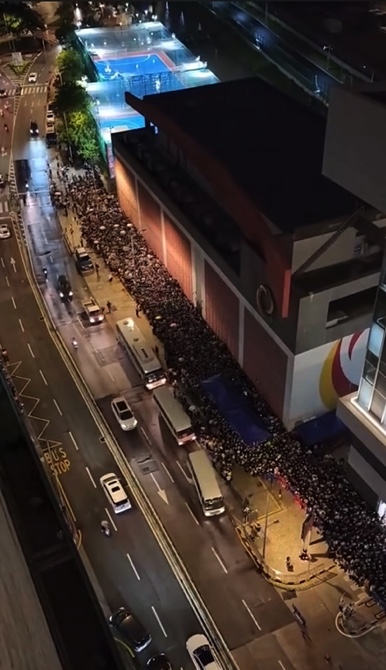 In an attempt to limit overcrowding at border posts, particularly the Qingmao Port, local authorities have imposed a limit of one round trip per day to people crossing at the Qingmao and Border Gate checkpoints from today.

According to the representative of the Public Security Police Force (PSP) to the Novel Coronavirus Response and Coordination Center, Lei Tak Fai, the rules are the same as those that already apply at the Hengqin border post. The Hengqin rule had been imposed due to construction work taking place to improve the fire prevention system.

No such restriction applies at the Hong Kong-Zhuhai-Macau Bridge (HKZMB), and authorities urge people to use this as an alternative to the Qingmao or Border Gate checkpoints as much as possible.

The same official also noted that, due to increased crowds in the last two days caused by the resumption of quarantine-free border crossings between Macau and the mainland, authorities have instituted a shuttle bus between Qingmao and the HKZMB Port to transport passengers who do not wish to wait a long time at the former.

Lei also said that, in some cases, slow border procedures were caused by large numbers of people wishing to cross the border without the necessary documents or procedures, namely the pre-registration of passports which is mandatory since this border crossing uses the simplified border crossing system whereby exiting Macau and entering the mainland is done in a single set of border procedures.

The PSP are also monitoring those crossing the border multiple times in a single day, who are often accused of being parallel traders illegally transporting goods across the two borders.