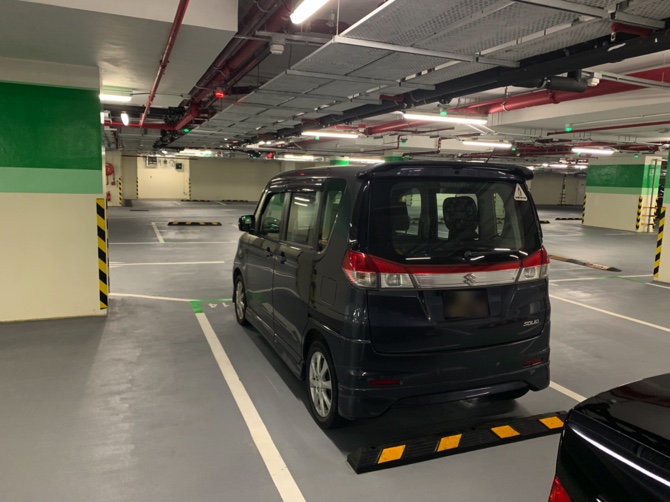 A car park space being sold for a record amount – as it did this week in Hong Kong – is not likely to occur in Macau anytime soon, a real estate agent in Macau has said.

The sale of the parking space at The Center building in Hong Kong’s Central district earlier this week made the headlines for achieving a record price of HKD7.6 million, or almost $1 million. It became the most expensive place to park an automobile in the city.

A local real estate agent who asked to be identified only as ‘Kee’, said that the differences between the markets of Hong Kong and Macau regarding private car park spaces are enormous, and that we would not see a parking space in Macau reach a similar sale price anytime soon.

“Hong Kong is a one-off because parking in the central area is not comparable between the two regions. The people that drive to the central district usually already know where to park, or they have already a space rented for that. They won’t consider buying [a parking space] for that reason,” he said, noting that a similar situation “would not happen here.”

From the real estate agent’s perspective, the sale of local car parking spaces is mostly related to new residents moving into a new location.

“[The sale] of car parks happens only when people are moving into a new development and they want to have a parking space below them in the same building, only then do people look into buying [parking spaces].”

As car parking spaces are relatively more expensive upon acquisition than by rental, Kee said they are not a usual form of investment locally.

“Some people might have some extra cash and if they think that there is an investment [opportunity] they might take it. But apart from that, parking space selling is not really a big business [in Macau] as to buy a car park is very expensive when compared to renting it. You can get it cheaper if you rent it than if you buy.”

Questioned on the factors that influence the price of the asset, Kee said that prices of the parking spots depend on several factors, but mostly on the location of the building in which they are located, and also on how many spaces are available in that building, making this a simple matter of supply and demand.

The real estate agent also noted that measures previously enforced by the government, which included the cancellation of the sale of monthly passes for public car parks, had no influence on the market, not contributing in any way to the search for spaces to acquire.

The car park sold in Hong Kong earlier in the week belonged to the investor Johnny Cheung Shun-yee, a businessman with a reputation for flipping property.

In June this year, Cheung sold a car parking spot in the same building for HKD6.3 million.

He also made around HKD900 million in about nine months by buying and selling floors in an office building last year, Bloomberg reported.

“A lot of those owners in The Center are in finance or in other high-growth businesses,” said Stanley Poon, managing director at Centaline Commercial, to Bloomberg.

“To these tycoons, it’s not a significant purchase if you compare it to the value of the office floors they own,” she concluded.

Nevertheless, the price is an illustration of the existing gap in Hong Kong between the ultra-rich and ordinary people. That income inequality has fueled protests that have rocked the city for over five months now.

Hong Kong’s Gini coefficient, a statistical measure of distribution used as a gauge of economic inequality, was the highest of any developed economy in 2016 at a 45-year high, while one in five Hong Kong residents was classified as living below the poverty line.