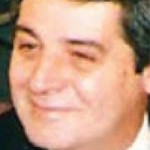 We do take as good and insightful, the political trivia that there is no such thing as luck in politics. Under this rule, MSAR Chief Executive, Chui Sai On, was not “lucky” to be granted the re-election… he made his own “luck”. Despite some very negative overall evaluations, on everything from hard political issues to lighter social affairs, the fact is that Chui Sai On deserved full votes at the local selection committee, even though he was running solo and had an unequivocal Beijing endorsement.
We do take both the almost unanimous vote and the Central Government approval as a positive and sound assessment of the Chief Executive’s overall performance. So… we do have to presume that at least part of the CE’s alleged shortcomings, on everything from political reform to housing and environment, is a matter of perception and not indicators of a job not done properly.
Thus, at the closing stages of Chui Sai On’s first term, it is quite right to evaluate not the exception that proves the rule, but the rule from various evidence; meaning the status of each and every area of governance, each policy, each issue, as each one of them was handled or not, later then wrapped and now ready to be delivered as the Chief Executive’s second team. Much more than presuming, we do know that they are the ones shaping the Special Administrative Region to be.
As a disclaimer, we have to admit that we are writing this column without official knowledge of the team that will help Chui Sai On in his, and Macau Special Administrative Region’s… new beginning.
Finally, we should say that the delay to disclose CE secretaries, although unbearable to the media, has a stabilizing effect on the volatile talk of the town in a town with nothing to talk about.
Meanwhile, we can devise trends and some boiling issues, clear paths after a few blind steps. For instance, what New Macau Association calls political reform – fuelled up to a point by the Hong Kong Umbrella Movement – being generally understood to be real universal suffrage, and other political developments, like the increase of directly-elected seats, is on its way to being discarded – frozen.
Last week, pro-democracy Legislative Assembly members, Ng Kuok Cheong and Au Kam San, tried in vain to table a discussion on political reform, but the house left them to speak to themselves, on the grounds of double reasoning: priority and redundancy.
Among others, conservative rising star Ma Chi Seng made the priority argument: Diversification of the economy, housing, transportation should come first, as they are more important, relevant, and urgent than political reform. The redundancy argument is based on an untimely overlap: Macau had political reform in 2009, essentially the increase of two direct seats and two indirect seats, thus the issue is still breathing.
One can spot a third argument, but we prefer not to consider it along with priority and redundancy since it goes something like – and albeit constitutionally sound – “Beijing knows best”; thus making any discussion, and, by the way, writing, kind of…pointless.