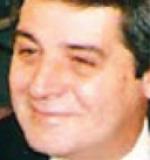 If we take as a given the alleged overall dissatisfaction over the Chief Executive’s performance, there is a fair possibility that no matter who would be invited to advise on Chui Sai On’s electoral strategy, he/she would recommend to make the ‘unexpected’ announcement on public housing a political show-off and a media stunt. Since the shortage of social flats is one of the issues fuelling disgust among mostly young residents, perhaps CE candidacy representatives should have had one or two ideas to benefit from the 28,000 public flats to be built in ZONE A of future reclaimed areas. Apparently, Vong Hin Fai and Eva Lou declined to do so, keeping their eyes on electoral form, thus giving less importance to electoral substance.
Anyway, Chui Sai On chose to play by the book of discretion. He did not follow the easy road of “propaganda,” instead going for a low profile in order to abide by his constitutional obligations regarding the selection of the CE, and, at the same time, avoiding unnecessary exposure to a promise to be fulfilled in years to come. MSAR’s Chief Executive has more than a fair share of controversy going around, whispering to him to maintain a quiet solo-runner strategy, instead of a highly public political showdown. The Electoral Affairs Commission decided that the campaign period will take place between August 16 and August 29. Macau residents would like to have a word with CE on housing, in particular, but also about the next five years.
And there we go from virtuous cycle to vicious cycle. ‘Going around’ is indeed the candid way to avoid a panorama of thorny cases, including the so-called civil referendum that threatens to disrupt the smooth re-election of Chui Sai On.
A lot has been said about the civil referendum announced by three pro-democracy groups, which are eager to run a political agenda through an obviously mocking poll dressed as a civil referendum. We just have to recall that the first people to react to the Macau Conscience and the partners challenge were representatives from the CE Office and Liaison Office, at the time setting an official line (illegal) on the non-binding referendum. Following this lead and using the same phrasing, the ‘establishment’ corroborated the illegal evaluation. But a mere statement was not enough and soon came the political rationale: PRC Constitution and Basic Law do not mention the possibility of a referendum, no matter whether it is organized by the Government or the civil society.
However, as we have anticipated in this column, if both camps cannot find a shortcut to help deflate the quid pro quo, the burden to prove that the civil referendum is illegal falls to Macau courts. That is where Jason Chao aims to challenge the negative answer that Civic and Municipal Affairs Bureau gave in response to the request to hold public meetings that would promote the late August referendum on the CE election. Whether the so-called referendum is merely an online survey or not, Jason and the Democrats are, up to a point, winning the political game.
As for the Chief Executive, he spoke briefly about the official evaluation without compromising his will to convey to Beijing what Macau residents think about democracy…and without compromising the official evaluation.