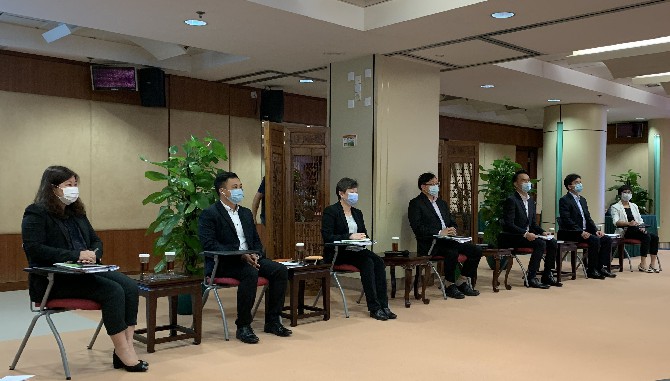 The Education and Youth Affairs Bureau (DSEJ) is confident in the reliability of its continuing education administration e-platform after conducting stress tests, Lou Pak Sang, director of the bureau, said yesterday.
Regulations relating to the decade-long Continuing Education Scheme administered by the DSEJ have become tighter this year. Numerous cases of malpractice have been uncovered by the police, and as the administrator, the bureau is expected to fix the system.
In response, the education bureau will be introducing electronic roll-taking at participating course operations. Both teachers and students will have to sign in and out at each lecture using their ID card on the education bureau’s e-platform.
However, the continuing education sector is still describing the e-platform as unreliable, judging by its performance in previous phases of the scheme. The e-platform has regularly frozen or lost connection when students have enrolled in classes in previous phases.
Questioned by the Times about the e-platform’s reliability, the DSEJ director disclosed that the bureau has conducted drills relating to roll-taking. In the drill in which the bureau director participated, which simulated a class of 30 people, the time needed for all to finish taking their registration was 1 minute 40 seconds.
Stress tests were also held to test the durability of the e-platform, the bureau director added. Sessions simulating “a large amount” of students signing in simultaneously recorded satisfactory results, the bureau director revealed, but he did not specify how many people constituted a large amount.
Lou said that a third-party service provider would be hired to offer emergency, in-person support to course operations when the e-platform crashes.
This year’s regulations have also narrowed the scope of approved courses. Courses with international recognition or those that are run for licensing or accreditation purposes will be more likely to get approved. In this case, many course operations will have to make extra investments to purchase new franchises or obtain new accreditations, but have not been allowed by the bureau to increase the prices of courses.
Wong Chi Iong, head of the bureau’s Division of Continuing Education, said that the regulator determines the approved level of course charges using criteria including the nature of the education venue, the aptitude of teaching staff, the content of courses, among others.
On the other hand, course operators complained about the education bureau requiring them to uninstall facilities essential to teaching just because they are located in the education venue.
Regarding this, Wong explained that the regulator has revoked the license of certain venues or requested that course operators improve certain facilities due to their depreciation.
“The florescent lights at certain venues may have depreciated over time, making them not bright enough,” the division head explained. “For some, the fire extinguisher might have expired.”
He said when they make required improvements, the venues will have their hardware approved.

sex education
starts at home
The director of the Education and Youth Affairs Bureau (DSEJ), Lou Pak Sang, has stressed that sex education is a matter for families, schools and the government, in response to recent sex offenses making victims out of minors.
Local police departments have recently busted several sex offenses committed against minors. When questioned what action the education regulator was taking regarding the situation, Lou said that the DSEJ has already updated its teaching materials. However, Lou also argued that the role of parents are as prominent as that of the education regulator.
In a case disclosed Wednesday by the police, the mother was alerted to a sex offense committed against her daughter during a family sex education session. This “exactly reflected the parent’s strong awareness [of sex education],” according to the DSEJ head.
Lou further said that the DSEJ’s position is that sex education starts in the home, with an emphasis on prevention and education.
The DSEJ has commissioned Chinese technology giant Tencent to offer a centralized online lecture platform in Macau. Regarding worries that private information may be transferred outside of Macau, the education bureau has pledged that every step of the process will abide by the Personal Data Protection Law. Data will be exported with the permission of the users. Using the centralized platform is not mandatory, the education bureau stressed.