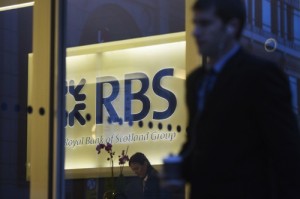 U.S., British and Swiss regulators fined five global banks more than USD3 billion for attempting to manipulate foreign exchange markets — the latest penalties for an industry previously criticized for rigging interest rates and for their role in triggering the global financial crisis.
The U.S. Commodity Futures Trading Commission, the U.K. Financial Conduct Authority and the Swiss Financial Market Supervisory Authority said yesterday that Citibank, JPMorgan Chase Bank, Royal Bank of Scotland, HSBC Bank and UBS had agreed to settlements totaling almost $3.4 billion. The FCA said it is continuing to investigate Barclays Bank.
“Today’s record fines mark the gravity of the failings we found, and firms need to take responsibility for putting it right,” Martin Wheatley, chief executive of the FCA said. “They must make sure their traders do not game the system to boost profits.”
Some $5.3 trillion changes hands every day on the global foreign exchange market, with 40 percent of trades occurring in London. Currencies including dollars, pounds, euros and yen trade in the loosely regulated market dominated by a group of elite banks. But those trades have an even wider impact because companies around the world use market prices to value assets and manage currency risks.
The regulators found that between Jan. 1, 2008 and Oct. 15, 2013, the five banks failed to adequately train and supervise foreign currency traders. As a result, traders at the banks were able to form groups that shared information about client activity, using nicknames such as “the players, “the 3 musketeers” and “1team, 1 dream.”
“Traders shared the information obtained through these groups to help them work out their trading strategies,” the FCA said in a statement. “They then attempted to manipulate fix rates and trigger client ‘stop loss’ orders.”
Stop loss orders limit client losses in the face of adverse currency movements.
The traders tried to manipulate the market ensure that their banks made a profit, the Financial Conduct Authority said.
“It is completely unacceptable … for firms to engage in attempts at manipulation for their own benefit and to the potential detriment of certain clients and other market participants,” the U.K. regulator said.
RBS chairman Philip Hampton said the bank accepted the criticism and condemned the actions of the employees responsible.
“Today is a stark reminder of the importance of culture and integrity in banking and we will rightly be judged on the strength of our response,” Hampton said in a statement.
RBS has already started disciplinary action against six employees, three of whom have been suspended. Danica Kirka and Marcy Gordon, London, AP