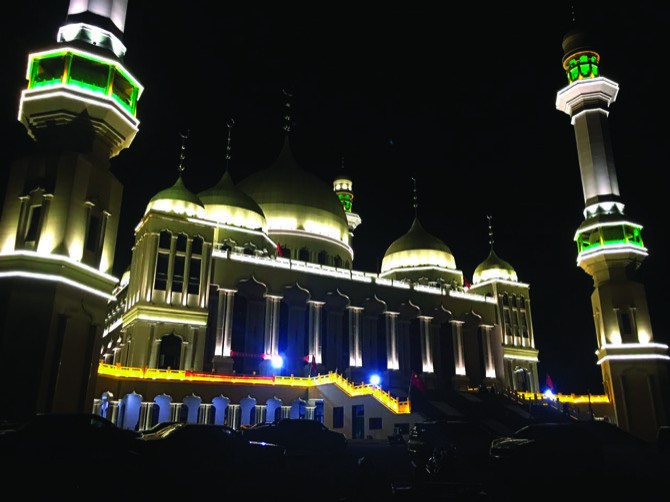 A newspaper of the ruling Communist Party said Saturday that no religion is above the law in China, urging officials to stay firm while dealing with a rare protest over the planned demolition of a massive mosque in the northwest.

The Global Times said that local officials in the town of Weizhou in Ningxia, a region that’s home to many ethnic minority Hui Muslims, must act against what it described as an illegal expansion of a religious building.

Thousands of Hui people gathered at the towering Grand Mosque on Thursday and Friday to prevent authorities from demolishing the structure, residents contacted by The Associated Press said. It was a rare, public pushback to the party’s efforts to rewrite how religions are practiced in the country.

“People are in a lot of pain,” said Ma Sengming, a 72-year-old man who was at the protest from Thursday morning until Friday afternoon. “Many people were crying. We can’t understand why this is happening.”

Ma said the group shouted “Protect faith in China!” and “Love the country, love the faith!”

The protest comes as faith groups that were largely tolerated in the past have seen their freedoms shrink as the government seeks to “Sinicize” religions by making the faithful prioritize allegiance to the officially atheist Communist Party. Islamic crescents and domes have been stripped from mosques, Christian churches have been shut down and Bibles seized, and Tibetan children have been moved from Buddhist temples to schools.

Such efforts were clearly behind the planned demolition of the mosque in Weizhou, where dozens of men, women and children milled about on the mosque steps, on plastic chairs and in the large dirt parking lot early Saturday before dawn prayers. Above them hung long banners from the second story of the mosque that read in Chinese: “Stick to directives of Sinicized religion.”

The mosque, an imposing white building lit at night with gold, green and yellow, dwarfs the surrounding dim warren of brick and concrete homes. Its architecture of four minarets and nine domes tipped with crescent moons would be at home anywhere in the Islamic world, save for the large red and yellow Chinese flags fluttering from the ramparts and the wide central staircase.

Authorities were clearly nervous about the unrest. Early Saturday morning, men in plainclothes, including one who identified himself as police, prevented AP reporters from conducting interviews at the mosque and chased them away.

Later Saturday, police stopped the reporters at a checkpoint in the direction of the mosque and detained them for more than an hour before ordering them to turn around, and tailing them with two cars to ensure they did not change course.

The residents of Weizhou were alarmed by news that the government was planning to demolish the mosque despite initially appearing to approve its construction, which was completed just last year.

The authorities now planned to take down eight out of the nine domes topping the mosque on the grounds that the structure was built larger than permitted, said Ma Zhiguo, a resident in his late 70s. But community members were standing their ground, he added.

“How could we allow them to tear down a mosque that is still in good condition?” he said, adding that the mosque conducts prayers attended by about 30,000 Muslims and was built using believers’ personal funds.

Officials in the county and city propaganda offices said they were not aware of the situation. Other local authorities could not immediately be reached for comment.

But the Global Times newspaper said in an editorial Saturday that the authorities had to send a message to all religious groups that none of them are above the law.

“Demolishing the mosque is sure to earn the ire of local religious followers. However, if the local government does not react to the illegal act, it will fuel the idea that religions are superior over China’s laws,” the paper said.

In May, the county disciplinary inspection commission published a notice saying that Weizhou authorities had failed to properly inspect what it said was illegal expansion in the construction of the Grand Mosque. As a result of lax supervision, the notice said, four mosques in the county had received a total of 1.07 million yuan (USD156,148) in foreign donations. It did not specify whether the Grand Mosque was among the four.

Ma Sengming said protesters remained at the mosque through the night from Thursday to Friday and were twice visited by a local official who encouraged them to go home. Ma said the official did not make any specific promises, but tried to assure the protesters that the government would work with them on the matter.

More than 100 police officers surrounded the mosque, but did not attempt to stop the protest, according to Ma.

Public demonstrations are rare in China, where the government is often quick to quash any hint of dissent. Under President Xi Jinping, the Communist Party is cracking down on religious expression and attacking what it calls radical ideas among the country’s more than 20 million Muslims.

In the far west region of Xinjiang, following sporadic violent attacks by radical Muslim separatists, hundreds of thousands of members of the Uighur and Kazakh Muslim minorities have been arbitrarily detained in indoctrination camps where they are forced to denounce Islam and profess loyalty to the party.

Compared to those ethnic groups, the Hui are culturally much closer to China’s Han majority, similar in appearance and speaking a variation of the mainstream Mandarin language.

But recently, reports said authorities have shut down Hui religious schools and Arabic classes and barred children from participating in Muslim activities.

James Leibold, a scholar of Chinese ethnic policies at Melbourne’s La Trobe University, said the proposed demolition of the Weizhou mosque appeared to be an effort to assimilate ethnic minorities.

“The ultimate agenda is to erode minority identity and create a sense of belonging and connection to Chinese identity and Chinese culture,” Leibold said . Sam McNeil, Yanan Wang, AP 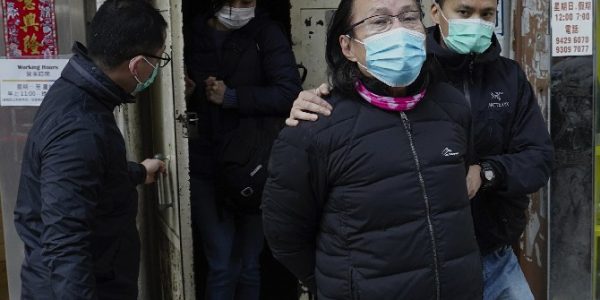 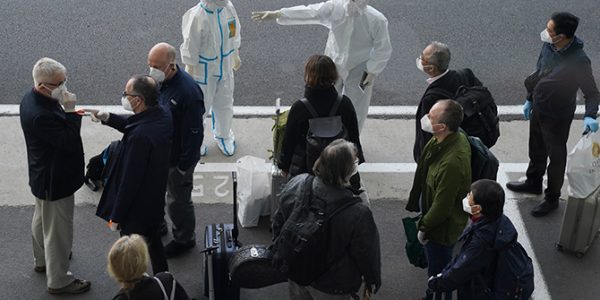