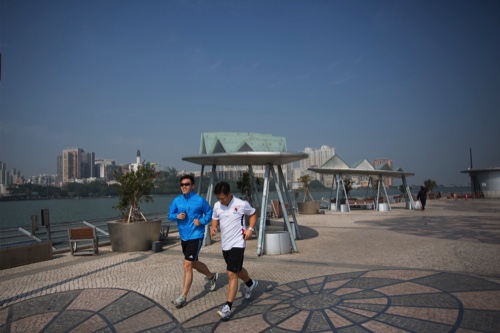 Some residents have voiced their dissatisfaction regarding the Grand Prix stand next to the NAPE reservoir, pointing out that the stand has cut off the jogging path surrounding the reservoir and is causing inconvenience.
Lam U Tou, a member of the government’s Central District Advisory Committee for Community Services, said that he has already written to the Grand Prix Committee. But the Committee only replied that there is insufficient space for the public to pass through the stand during its construction and on racing days.
The GP Committee coordinator Costa Antunes told the Times that it is difficult to alter the design of the stand so that the jogging path can remain open. “Because [for] this to change, we need to spend a lot of money… We can do it, but it is going to cost a lot”, he said.