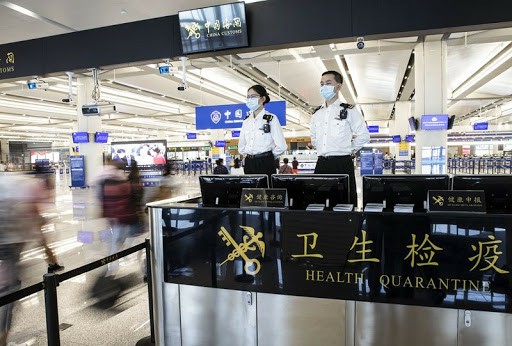 A Zhuhai resident has tested positive for SARS-CoV-2 after their quarantine-upon-arrival from Ukraine, the Macau Novel Coronavirus Response and Coordination Center has announced.
The center was notified by its Zhuhai counterpart when the confirmation was obtained.
According to the local center, the new patient completed a 14-day quarantine upon arriving in Guangzhou, the provincial capital of Guangdong, before returning home to the Doumen District of Zhuhai for a week of domestic self-health management.
The patient arrived in Guangzhou from the European country on January 2. A Covid-19 nucleic acid test performed on January 23 yielded a positive result. Furthermore, IgM serologic testing was also run, which also generated a positive result.
It was categorized as an asymptomatic case or a relapse, as provincial and municipal experts on the mainland referred to it.
Sanitization has been conducted in places the patient has been during the domestic self-health management period. Close contacts, meanwhile, have been contacted to conduct mandatory health management.
All close contacts have tested negative for the virus.
Authorities in Zhuhai noted that patients who are reinfected are less contagious, but the local center has chosen to be vigilant and request that all people who have been to Doumen District between January 16 and 23 and currently are in Macau seek medical assistance at the government hospital if they develop symptoms such as fever, cough, shortness of breath and loss of sense of taste or smell.
Shanghai’s The
Bund now mid-risk
The Bund in Shanghai, an attraction world-famous for its night views and home to the offices of many large domestic and global enterprises, has been categorized by the Macau center as mid-risk in terms of Covid-19.
The district includes the pedestrian shopping area Nanjing Road.
This means that people who have been to the area in the preceding 14 days shall be quarantined as they arrive in Macau. Individuals passing through the district in a vehicle, however, will not be considered as having been there.
The Friendship Road District of Baoshan District, Shanghai has also been listed as mid-risk.