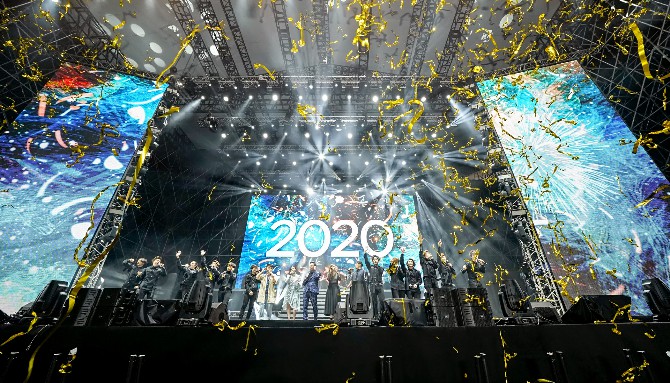 The spreading coronavirus, officially referred to as 2019-nCoV, has disrupted industries in Macau and further abroad, with several annual traditional and non-traditional events hosted by private entities in the SAR canceled due to the outbreak.
This comes after government institutions canceled their annual festivities ahead of, and during, the Chinese Lunar New Year celebration.
Aside from the daily press briefings organized by the government, the last official social event was eventually the Chinese New Year (CNY) media gathering with the Chief Executive.
Up until now, even private entities have canceled media invitations to their events with almost all occasions canceled.
On January 23, the Macao Government Tourism Office canceled the traditional CNY parade and fireworks display, with the government also recommending that local companies and associations cancel any upcoming private functions.
Some gaming operators have complied with the recommendation, canceling their traditional Chinese New Year ceremonies and gala dinners.
Public courses and training events have also been canceled, including those by the Macau Ricci Institute and the University of St. Joseph, as cited in an email the two institutions sent out.
The government has called on citizens to stay at home, even suspending non-emergency public services as a precaution to limit the spread of the virus.
The Cultural Affairs Bureau (IC) canceled all external activities scheduled for this month, and all its cultural venues will remain closed until further notice.
According to a statement, the IC will arrange refunds for those who have purchased tickets for some shows.
The open call for proposals from local bands and musicians, and cultural and creative entities for this year’s “HUSH!! Full Music” Beach Concert and “Local View Power” video collection will continue until February 21, however.
Meanwhile, popular Hong Kong singers Leon Lai and Miriam Yeung also postponed their February concerts in Macau and Singapore respectively.
Performances have also been called off or postponed in South Korea and Hong Kong.
It’s unclear whether Lai will proceed with an April concert in Wuhan.
South Korean agencies have been cancelling K-pop events at home and abroad in response to requests from fans about artists’ safety.
Popular K-pop artists such as Taeyeon and boybands WINNER and NCT Dream canceled shows in Singapore and Macau, according to their agency and concert organizer.
The Boston Symphony Orchestra called off its Asia tour, and the Hong Kong Philharmonic Orchestra canceled five concerts. Cantopop veteran Andy Lau canceled long-awaited concerts in Hong Kong, with the organizer saying it’s important to protect the health and safety of audiences.
Art Basel Hong Kong, one of Asia’s most prestigious art fairs, is considering whether or not to proceed with the annual event in March.
The event, which drew 88,000 people last year, is scheduled to open to VIPs on March 17 at the Hong Kong Convention and Exhibition Centre.
“The contemplation of postponing or cancelling an event of this scale – which takes a full year to produce – is a complex process, with many factors and multiple stakeholders,” the fair’s directors said in a letter to exhibitors last week.
The organizer of Beijing InfoComm China 2020 canceled the show, which was set to take place March 26 to 28 in a bid to ensure the safety of exhibitors and attendees.