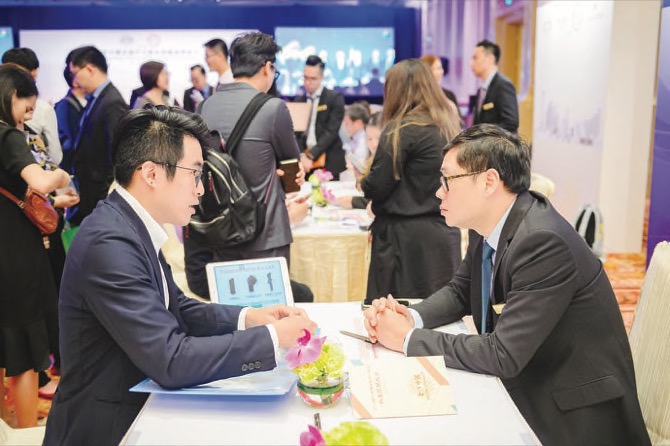 Of the approximately MOP10.9 billion spent by casino operator Sands China last year on procurement, 77 percent, or MOP8.4 billion, was for products and services sourced from local suppliers.

The resort operator held an SME (small and medium-sized business) open day for local suppliers yesterday at the Conrad Macao Hotel. The event was co- organized by the Macao Chamber of Commerce, one of Macau’s oldest fraternal bodies in business and commerce.

Such events have been popular in recent years among the six casino concessionaires, in accordance with the government’s policy to shore up such businesses.

It was arranged in such a way that representatives from invited companies had individual time to introduce their products or services to the responsible parties from Sands China. On the other hand, walk-in lines were available for companies lacking an invitation. Two banks were present to promote their financial services.

In preparation for this event, Sands China said it had contacted organizations that assist youth entrepreneurs in Macau, with the aim of attracting these individuals to the event.

“My company has previously worked with other casino operators, but considering Sands China is the largest, I have a higher expectation,” said a participating young entrepreneur surnamed Che.

“We have great anticipation in doing business with casino operators,” said Che. “We have spent a lot of time to categorize our products, collect related data, and prepare a nice presentation. We hope we can make a match.”

Sands China president Wilfred Wong announced at the event that the casino operator has partnered with six local banks to provide financial support for local SMEs, as part of its ‘F.I.T. initiative.’

The initiative “assists SMEs in areas of financial support, invitational matching, and training and development,” explained Wong, adding that opportunities for local SMEs will continue to be created so as to align with the government’s initiative to “buy local.”

In his speech, the vice president of the Chamber’s board of directors, Chui Yuk Lam, noted that Sands China was the first resort operator to work with them in launching an SME program.

The event was also officiated by representatives from both national and local government departments. Staff reporter