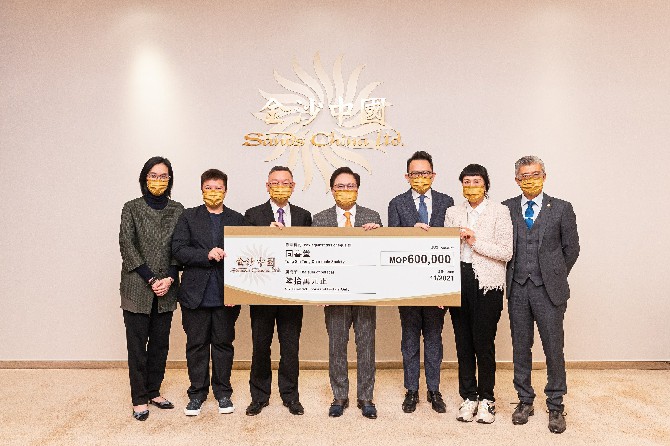 Sands China Ltd. presented a ceremonial cheque for MOP 600,000 to Macau Tung Sin Tong Charitable Society yesterday at The Venetian Macao, to support the nongovernmental organisation’s annual December-February fundraising campaign.
Since 2004, Sands China has been making annual donations to Tung Sin Tong to support its fundraising campaign, totalling more than MOP8.3 million over 18 consecutive years, including this year’s donation.
Wilfred Wong, president of Sands China Ltd., and Sam Chongnin, vice president of corporate communications and community affairs for Venetian Macau Limited, represented the company at the ceremony, where they presented the donation cheque to José Chui Sai Peng, president of the board of directors of Tung Sin Tong, and board members Charles M. Choy, Teresa Chui and Terry Sio.