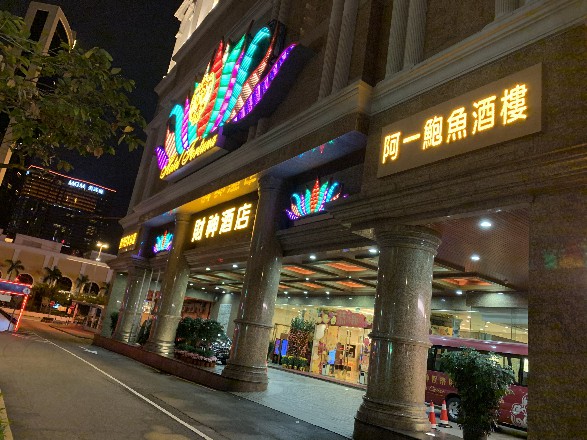 A second worker has come forward to accuse his former employer, the operator of a sauna and nightclub located in Hotel Fortuna in ZAPE area, of tricking him into signing his own resignation. Unearthed yesterday, the controversial case has become one of the first reported examples of layoffs connected to the 15-day closure of gambling venues.
The company responsible for the two venues allegedly told the workers yesterday that they would be going on leave for two months.
The workers were issued a letter in Chinese – a language that they cannot read – and told it said that they accepted the terms of the two-month leave of absence from work. However, contrary to what was stated by the company, the letter in fact acknowledges the termination of the worker and states that they have already received all due compensation.
Another employee from the company reached out to the Times yesterday to confirm his experience, noting that he is one those who signed the letter on Wednesday.
“I was tricked into signing the letter thinking that it was just the January salary, and then later I was told that we were supposed to go home [to our countries] because the company was closed,” he said. “I am still fighting to get [at least] a flight ticket from them.”
The non-local worker went to the company’s office yesterday to request his employer pay for his flight back home as a form of compensation. The company had requested that he return his non-resident worker permit (blue card) to them.
The worker, who requested not to be identified, also said that the company had not allowed those losing their jobs to remove the document from the company’s premises in order to, for example, have another person review it. This was the case even for those workers who could not read the letter’s content.
The employee told the Times that he was unable to present the case to the Labour Affairs Bureau (DSAL), because the authority is currently closed. “I had wanted to take this matter to the authorities but I can see no hope now as they are closed” said the employee.
Like most other basic public services in the territory, the DSAL is either fully closed or operating with skeleton staff. A request for comment sent to the DSAL yesterday went unanswered.
The Times has learned from employees of two other similar establishments located on the peninsula that not all entertainment operators are preparing to dismiss their staff at present.
Instead, and in compliance with the order of closure given by the Chief Executive, the companies have requested that all staff members take two weeks off and stay at home and but remain reachable by phone.
The employees of these two other companies admitted that they had not been fully reassured that the two weeks of leave would be paid.
The Times contacted Hotel Fortuna, which houses the entertainment venues, late on Wednesday night to request comment. The Times had not received a response as of press time. Renato Marques, Daniel Beitler