Security laws may not be retroactive, Beijing says 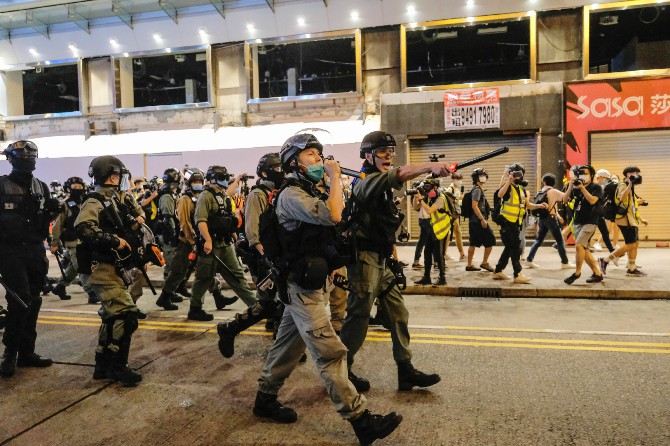 Sweeping new national security laws being imposed on Hong Kong might not be retroactive, a Chinese official said, potentially limiting the scope of controversial legislation that’s currently being drafted in Beijing.
Deng Zhonghua, deputy director of the Hong Kong and Macau Affairs Office, made the comments yesterday at an event in the mainland border city of Shenzhen. The conference was organized by the Chinese Association of Hong Kong & Macau Studies and was attended by several officials responsible for affairs in the former British colony.
“It needs to be clarified that, even though there are differences in the Hong Kong and mainland legal systems, the principles used in the mainland with regard to criminal laws are not fundamentally different from those in Hong Kong,” Deng said. “They all include principles such as the laws will not be applied retrospectively, presumption of innocence, suspects and defendants will have right to defense.”
Deng added: “All these principles can be stipulated in this legislation.”
The Chinese government and its appointed leaders in Hong Kong have been seeking to reassure local residents, foreign officials and overseas investors about the looming legislation. Pro-democracy activists and their supporters have expressed alarm about the security laws, which would criminalize the harshest criticism of Beijing after a year of unprecedented and often violent anti-government protests.
For months last year, protesters chanted “Liberate Hong Kong! Revolution of our times!” in marches that drew more than a million people. One band of radicals broke into the Legislative Council on the anniversary of the handover, ransacking the chamber and defacing the city’s emblem.
Deng’s comments echo remarks by Hong Kong Justice Secretary Teresa Cheng, who said in a blog post Sunday that the Hong Kong Special Administrative Region’s Common Law legal system had much in common with China’s system.
“There are a number of commonalities between the civil and common law systems respectively in the Mainland and the HKSAR, such as retrospectivity, presumption of innocence, burden of proof and standard of proof, legal certainty, etc.,” she wrote.
At the same time, she said it was “impracticable and unreasonable to expect that everything in a national law, the National Security Law, will be exactly as what a statute in the HKSAR common law jurisdiction would be like.”
In his remarks, Deng said that Hong Kong should remain in charge of most enforcement and legal processes surrounding the security legislation, but mentioned that China “should also reserve the right to have jurisdiction over cases that seriously endanger national security under very rare circumstances.” That reference could raise the specter of extradition – an issue that sparked last year’s protests – or trials by Communist Party-controlled judges.
“For this law to be effective, the key is the establishment of strong enforcement mechanisms, including setting up agencies to safeguard national security and to grant them necessary enforcement powers,” Deng said. “Of course, there are only few cases where China will have jurisdiction over. It will not replace the responsibilities of Hong Kong’s relevant departments, nor would it affect judicial independence and final adjudication that Hong Kong enjoys under the Basic Law.”
It is not yet clear when China will finalize its plans for the new security laws.
The National People’s Congress Standing Committee, the top decision-making body of China’s rubber-stamp legislature that had originally unveiled Beijing’s plan to impose the new laws, will hold its bi-monthly session from Thursday to Saturday. The Hong Kong national security legislation is not on a proposed agenda published last week.
The Hong Kong security issue could be added in a last-minute change to the agenda, or the committee could also hold an interim meeting if there’s a special need to do so. Bloomberg