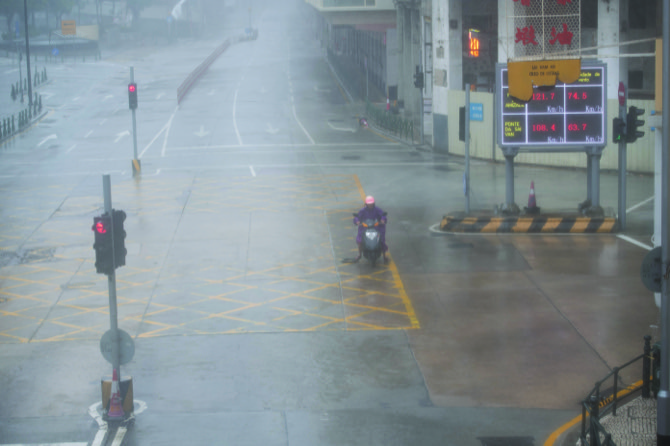 The Statistics and Census Service (DSEC) conducted an estimation of the economic losses of Macau caused by Typhoon Mangkhut in September this year. After consolidation of data from various sources, the economic losses caused by Typhoon Mangkhut to Macau were estimated at MOP1.55 billion, including MOP520 million of direct losses and MOP1.03 billion of indirect losses.

The estimation mainly covered economic losses of businesses, as well as losses pertaining to homes and vehicles of households, municipal facilities, certain public service systems, among others.

DSEC collected data from various sources for analysis and estimation, including relevant information provided by different government departments, historical data on business performance of different economic activities derived from the DSEC database, assessment of damages on buildings through on-site inspection by DSEC enumerators, and estimation of losses gathered from some affected enterprises.

According to a statement issued by DSEC, “with the SAR government and the community having been well prepared for the typhoon before its arrival,” the economic impact of Typhoon Mangkhut was significantly lower than that caused by Typhoon Hato in 2017.