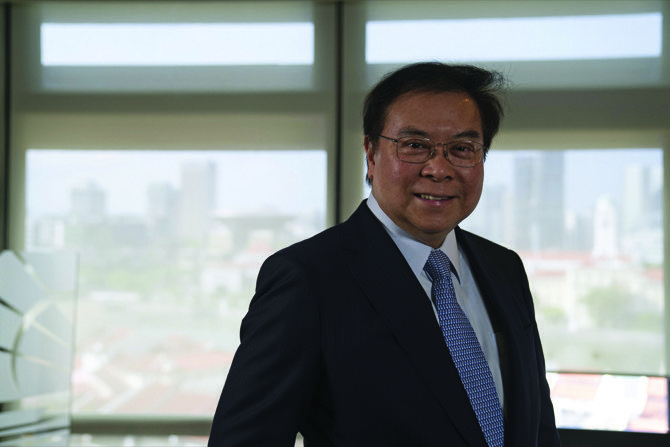 Oversea-Chinese Banking Corp. is looking for a Chinese firm to team up with on a securities joint venture on the mainland, the latest foreign bank seeking to capitalize on the nation’s financial-industry loosening.

Obtaining a Chinese securities license would allow OCBC to do asset management, investment banking and fund management business in the nation, Chief Executive Officer Samuel Tsien said in an interview in Singapore this week. Southeast Asia’s second-biggest bank by assets is talking to various firms that have shown an interest in such a partnership, he said.

“We will prefer to partner with companies that have a larger franchise already” so OCBC can sell into its existing client base, Tsien said, adding that the bank hasn’t applied for a license yet.

Any Chinese joint venture would complement OCBC’s existing business in the country, which includes corporate, consumer and wealth banking.

Tsien said OCBC is on track to achieve a goal of doubling pretax profit in China’s Greater Bay Area to SGD1 billion ($740 million) by 2023. “It’s possible that we’re able to beat that,” he said.

China is embarking on a sweeping plan to combine nine cities in the Pearl River Delta with Hong Kong and Macau – a region known as the Greater Bay Area – to create a financial and technology hub that could rival California’s Silicon Valley. OCBC plans to boost technology spending and staff in the region, Tsien said in June.

Still, Singapore will remain the most important market for the lender, even though Greater China has emerged as its second-largest location in the past two years, Tsien said. About 16 percent of OCBC’s revenue came from Greater China in 2018, compared with 58 percent from Singapore in the same year, according to its annual report.

Speaking on the business outlook, Tsien said the first half of the year will be “challenging” as market woes from 2018 continue to weigh on sentiment and business decisions. Loan growth is likely to slow and the bank will focus on regional trade finance, he said.

In the second half, “if those uncertainties were to be removed, then I think the investments will continue, and it will be a more conducive market for the banks to perform.”

Tsien signaled that stresses persist in Singapore’s energy industry services sector – which triggered bad debts at local banks from 2016 – despite the recent rebound in oil prices. Ample U.S. oil supply has discouraged exploration activities and vessels remain underused, hurting the value of collateral held by banks, according to the CEO.

“The lingering effect of that will continue for the banking industry,” Tsien said.

OCBC’s non-performing loans ratio rose to 1.49 percent in December 2018 from 1.38 percent three months earlier, according to its latest results. Most of the soured assets are in the oil and gas sector. The bank will publish its first-quarter earnings on May 10. Chanyaporn Chanjaroen & Juliette Saly, Bloomberg