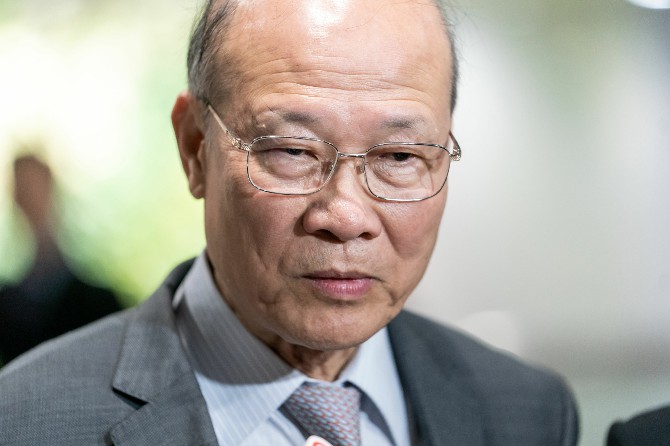 The vice-president and chief executive officer of SJM Holdings Ltd, Ambrose So, is calling on the SAR government to consider prolonging the six current gaming concessions for at least one year, and hold off seeking license tender until the global pandemic and economy have stabilized.
These moves can “buy Macau’s government more time”, to collect more data to put together new tender standards and requirements, he explained.
So’s recommendations were mentioned in a news report published on May 17 by the Hong Kong Economic Journal: a Hong Kong-based Chinese language daily newspaper primarily covering economic news.
Inviting tenders to compete for gaming concessions before the global epidemic is under control may be unfair for overseas entities, which are interested in bidding for Macau’s gaming licenses but unable to conduct on-site visits in Macau due to travel restrictions, he said.
“Eventually, only existing gaming concessionaires [would be] left running for the tender, which exactly contravenes the original objective of re-bidding for gaming licenses,” he explained.
The extension of current gaming licenses for “at least one year” can offer a much-needed breather for Macau’s six gaming operators, which have been financially hard-hit by economic fallout, as well as made many significant contributions in stabilizing the city’s job market during the pandemic, So pointed out.
He believes that the moratorium will not affect Macau’s economy, nor incur any losses to the government; on the contrary, it will offer more time for the authorities to collect data to determine the bidding standards.
According to Economic Journal, the president of Sands China Ltd, Wilfred Wong, hopes that the government will release the relevant details as soon as possible.
When asked whether it is considered feasible and reasonable to extend the six gaming concessions for one or two more years, Wong said he has faith in the government to consider the whole picture and make the best decision in favor of the city’s interests.
Pursuant to the existing gaming law (Law No. 16/2001), the Chief Executive has the authority to extend the validity of gaming concession by one period or multiple times, with an aggregate period not exceeding five years.
Macau’s six gaming concessions and sub-concessions are due on June 26, 2022.
Chief Executive Ho Iat Seng stated clearly in his 2021 Policy Address that the effort to amend the current gaming law is one of the nine pieces of legislation he is trying to pass during his tenure. He promised to employ a public consultation process to make the most appropriate modifications to the city’s gaming law — which will also lay the legal foundation for the fresh public tender for gaming concessions.
The public consultation was originally scheduled to take place last year, but was postponed to the second half of 2021 due to the Covid-19 pandemic.
Earlier this month, the director of the Gaming Inspection, and Coordination Bureau (DICJ) Adriano Marques Ho reaffirmed in a written reply that the public consultation will commence in the second half of this year.
The delayed consultation prompted many commentators to question whether the government has enough time to analyze public comments, compose a summary report, and amend the relevant law by the end of 2021.
Lawmaker Ho Ion Sang said he remains doubtful as to whether the draft legislation can be submitted to the Legislative Assembly this year.
On May 17, executive director of Macau Legend Development Ltd Melinda Chan Mei Yi told the media in a briefing that she also thinks it would be hard for authorities to wrap up the required legislative works prior to the expiry of gaming licenses.
According to a statement released on May 2 by JP Morgan, the brokerage anticipates that the Macau SAR government will announce the extension of gaming licenses next month in June, a year before their expiry.