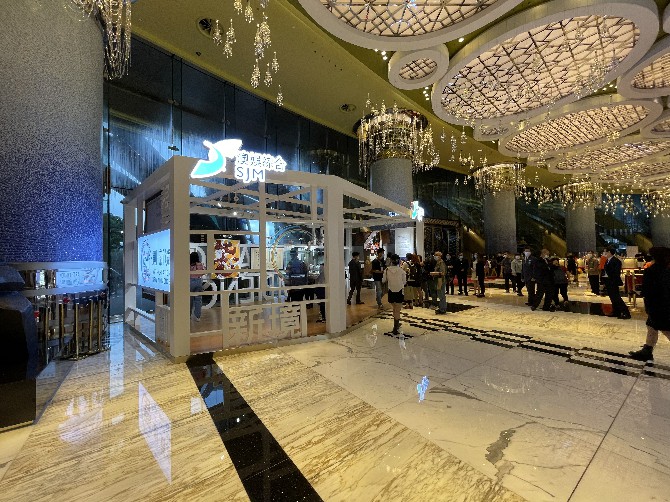 For this year’s Art Macao: Macao International Art Biennale 2021, SJM Resorts, S.A. yesterday kicked off an exhibition at the lobby of the Grand Lisboa that highlights seven local artists.
The name of this year’s exhibition series is “Art. Creation. New Ambience,” which includes two exhibitions. Titled “Harmony of East and West,” the first exhibition will run until end of August at the Grand Lisboa, before moving to the Grand Lisboa Palace Resort in October.
With “East meets West” as the theme, the exhibition’s first phase features signature works by local Macau artists, namely Ambrose So, Carlos Marreiros, Ung Vai Meng, Cai Guo Jie, Eric Fok, Konstantin Bessmertny and Denis Murrell.
The SJM describes these works as “colorful and vibrant.” These works include oil paintings, acrylic mixed media, technical pen drawings, Portuguese azulejos, watercolors adapted to tapestry, metal engravings and installation art.
Meanwhile, the seven artists will hold a docent tour at the Grand Lisboa on July 28 to interact with viewers particularly on their works and the stories behind their creations.
Other interactive events, such as forums and workshops, will also be held to cater to local organizations and students in hopes of achieving further progress in arts in Macau and to nurture future talents.
The second phase of this exhibition will feature works by the same artists, but these works will be especially commissioned for the Grand Lisboa Palace.
The resort boasts itself for having “possibly the largest collection of locally-commissioned artworks in any hotel or integrated resort in Macau”.
Speaking about the exhibition, Daisy Ho, chairperson of the SJM Resorts, S.A., expressed her pleasure to be working with local artists to support Art Macao and savor locals and visitors with arts.
Angela Leong, managing director of the company, stressed that the SJM finds “nurturing younger generations exceptionally important to extending the legacy of traditional Chinese culture.”
The second exhibition in the series is titled “Empire Recast” and will be a solo exhibition of Heidi Lau’s works, which are porcelain sculptures and installations. It will be staged at the Grand Lisboa from September to October, as well as at the Grand Lisboa Palace in September.