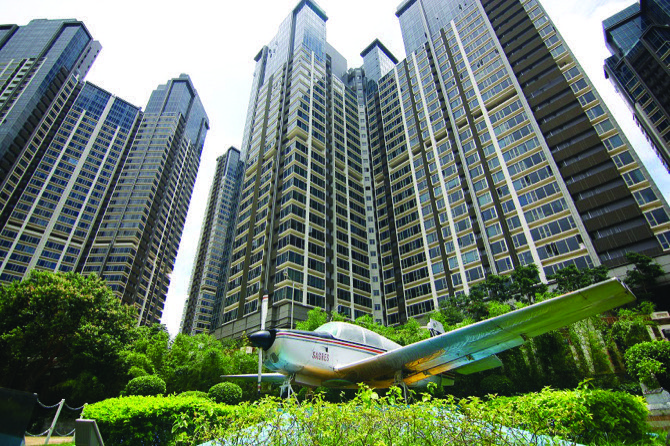 The bill to enforce a new regime for the application for social housing has finally passed at the Legislative Assembly (AL).

The new regime establishes a permanent mechanism for the allocation of government-owned housing units to applicants on a waitlist as soon as they are available, and will replace the old system that enforced tenders every time a group of housing units became available for rental.

The bill was approved yesterday afternoon with complete unanimity by all lawmakers of the AL, but not before a deadlock moment when the discussion of the three last articles was underway.

A dispute broke out over an administrative revision to the law between a representative of the Legal Affairs Bureau, who was defending such a method, and lawmaker Vong Hin Fai, who opposed it.

The deadlock was only broken when AL President Kou Hoi In called for a break in the session so the AL and government legal advisers could reach a consensus.

In the end, the government accepted the suggestions from the lawmakers and included both documents as “revoked” by the new regime and only one single article.

During the article-by-article discussion, lawmakers Sulu Sou and Au Kam San were two of the most active participants, calling for explanations from the government, especially regarding the exceptions established by the general rules.

Sou wanted to know how could the government could verify that a person who was given a house by the government only had a temporary need to lodge another person (for example, housing elderly people or children in a house under his or her care) and for how long these “temporary authorizations” would be valid.

The lawmaker wanted to ensure that such an exception could not be used, for instance, for a partner to live in the same house but without the government taking into account his or her income and assets.

From the government side, the president of House Bureau (IH), Arnaldo dos Santos, replied, noting that the temporary authorization was aimed at situations when children or underage people need to be under the care of a family member or in case of elderly people who need to hire a helper to provide help with daily tasks, noting that in the second case, the temporary permanence in the house would be ruled by the helper contract.

In the case of couples, such a rule would only apply, “in the cases where one of the members of the couple is, for example, in the mainland and does not possess a title for permanent residence in Macau. Allowing only ‘short-term’ visits to Macau.”

For other cases, such as sickness, the procedure of proof would be by way of providing a medical certificate, dos Santos reaffirmed.

Meanwhile, lawmaker Au was mostly concerned with emergency situations that fall outside the scope of the normal procedures. Au wanted the government to include more particular cases and give a broader scope to the term “family danger,” wanting to apply it also in cases of a contentious divorce in which one of the partners requires urgent lodging.

Replying to Au, Secretary for Transport and Public Works Raimundo do Rosário said, “We can’t open the door too widely. The application will now be permanent and the exceptions are like ‘jumping the queue.’ We need to see what are the causes that are really exceptional to use this rule, preventing people from making excuses to ‘jump the queue’.”

On the topic, Sou wanted to know how many cases of this kind the government had received. Dos Santos replied, “We have received a total of 150 requests but after analysis we only approved five of them.” He further believes the case presented by Au can also be solved under the scope of the article.

Although the law is now approved, it will be another full year after its publication in the government’s Official Gazette before it takes effect.

Rosário explained that initially, the government had thought to have a delay period of around nine months, which would be used to produce the accessory administrative regulations. However, it was later decided in favor of one full year “due to the timing in which this law is being approved and the change in government to happen later this year.”