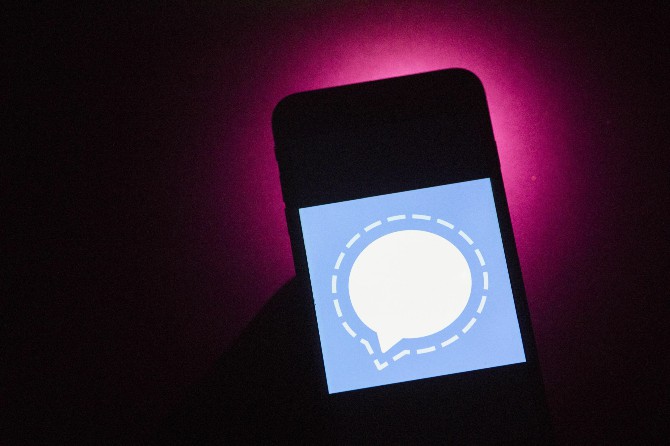 Signal, an encrypted messaging app that competes with the likes of Facebook Inc.’s WhatsApp, appears to have been blocked in China, the latest move by Beijing to crack down on social media platforms.
From Monday night, Signal users reported difficulties using the app in China without the help of a virtual private network, or VPN, which allows users to mask their location and access banned foreign communication services like Gmail and Twitter. Previously, no such software was needed to access Signal.
It isn’t immediately clear if this is a permanent ban, as Chinese regulators have been known to sometimes ramp up controls as a trial run only to ratchet them down later. The Cyberspace Administration of China didn’t respond immediately to a faxed request for comment yesterday morning. Chinese Foreign Ministry spokesman Zhao Lijian declined to comment when asked about access to the app at a regular press briefing yesterday.
Signal has been a popular tool among political dissidents and journalists seeking a communication method that minimizes the risk of messages being intercepted by government censors and bad actors. In particular, the app has gained traction among China’s mainly Muslim Uyghur diaspora.
Open discussion of sensitive topics is off limits in China, where heavy government censorship is the norm. In February, Beijing blocked red-hot social media platform Clubhouse after it briefly provided an avenue for free-flowing debate on political matters.
Signal recently surged in popularity when some WhatsApp users balked at changes in its privacy policies. Tesla Inc.’s Chief Executive Officer Elon Musk also gave Signal a boost when he recommended it in a tweet.
The iOS version of Signal has been installed close to 510,000 times to date in China, according to Sensor Tower. Globally, the app has recently crossed 100 million installs across Apple Inc.’s App Store and Google Play combined, the industry intelligence firm said.
Signal didn’t immediately respond to an emailed request for comment sent after business hours.Bloomberg