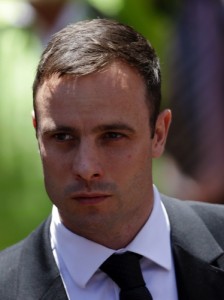 Prosecutors say they have filed appeal papers against the verdict and sentence in the Oscar Pistorius case. The prosecution is appealing against Judge Thokozile Masipa’s decision to acquit Pistorius of murder for shooting girlfriend Reeva Steenkamp. Masipa instead found the Olympic runner guilty of a lesser charge of culpable homicide, or manslaughter. South Africa’s National Prosecuting Authority says it filed initial appeal papers yesterday — exactly two weeks after the double-amputee athlete was sentenced to five years in prison for killing Steenkamp. Prosecutors must first apply to Judge Masipa for permission to appeal against the verdict and sentence she decided on. Prosecutors have said they believe Pistorius should have been found guilty of murder. He would face a minimum of 15 years in prison if convicted of murder on appeal.

The leader of separatist rebels in eastern Ukraine has been officially sworn in after an election that has been roundly condemned by the West as destabilizing. Alexander Zakharchenko was inaugurated yesterday in a heavily guarded theater in the main rebel stronghold of Donetsk. Zakharchenko’s election was largely a formality as no strong viable candidates opposed him, but separatist authorities have held up the vote as a mandate to pursue their secessionist goals. Ukraine and Western government say the polls gravely endangered a cease-fire deal agreed early September. In fact, although fighting attenuated after the truce, hostilities have continued almost daily. That cease-fire agreement signed by rebel leaders, and Ukrainian and Russian officials envisioned local elections being held across the whole of the east, but under Ukrainian law.