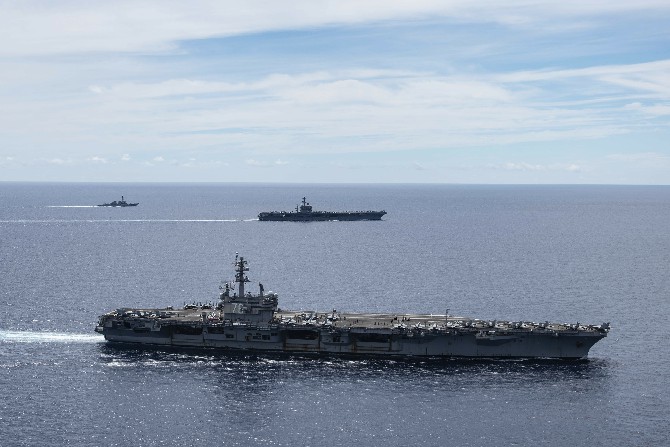 China yesterday accused the United States of violating international law by imposing sanctions on officials and companies involved in Beijing’s military buildup in the disputed South China Sea, but gave no indication of how it might retaliate.
The sanctions add to conflict over control of the sea, one of the world’s busiest shipping lanes. The U.S. rejects China’s claim to virtually the entire waterway, portions of which are also claimed by Vietnam, the Philippines and other governments.
“The relevant U.S. acts grossly interfere in China’s internal affairs, violate international law and relevant international norms, which are totally out of hegemonic logic and power politics,” foreign ministry spokesman Zhao Lijian said.
The U.S. Commerce Department earlier yesterday announced penalties against an unspecified number of Chinese officials and 24 companies for their role in building artificial islands to enforce Beijing’s territorial claims. The companies were added to an “entity list” that limits access to U.S. exports without government permission.
“China will take firm measures to resolutely safeguard the legitimate rights and interests of its enterprises and individuals,” Zhao said.
Chinese officials frequently make such vows, although specific responses are rare.
The Commerce Department said the companies were targeted for their role in building the artificial islands through dredging and other activities that cause environmental damage and infringe on other nations’ claims.
“The relevant construction China carried out on its own territory is entirely within the scope of sovereignty and has nothing to do with militarization,” Zhao said. “There is no reason for the U.S. side to impose illegal sanctions on Chinese enterprises and individuals because of their participation in relevant domestic construction.”
Tensions in the South China Sea have been building as the U.S. and others push back against Beijing’s moves to cement its control over the area.
U.S.-China relations have declined to their lowest level in years amid disputes over trade, technology, Taiwan, Hong Kong and human rights.
China is currently holding live-fire military exercises in both the South and East China Seas and a Hong Kong newspaper reported yesterday that the military test-fired two missiles into the South China Sea, including one seen as specifically designed to attack a U.S. aircraft carrier. AP 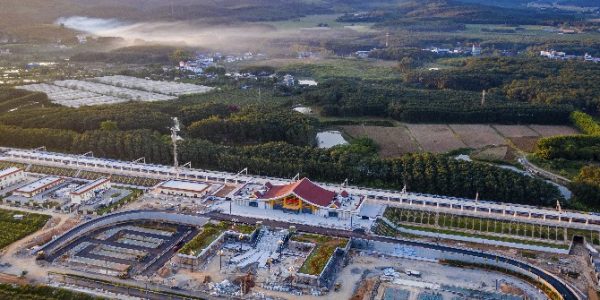 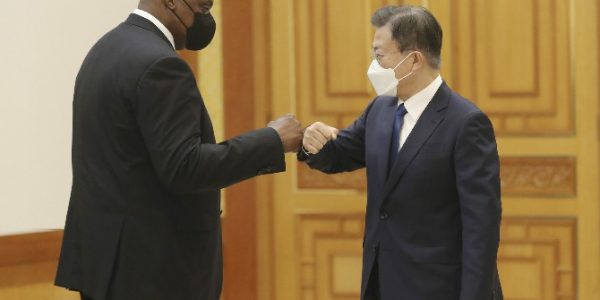 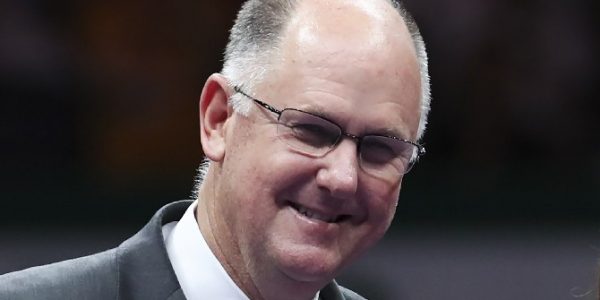