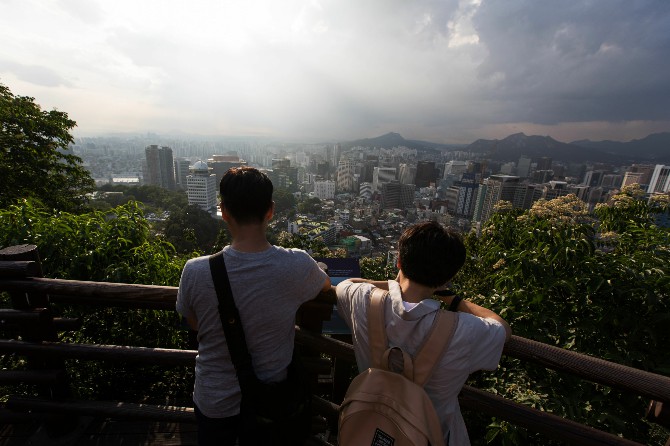 Moon Jae-in’s government has ramped up pressure on top government officials to unload their second homes in the high-priced capital Seoul, as the South Korean president faces increased pressure to make housing more affordable.
Prime Minister Chung Sye-kyun, a Moon appointee, urged high-level officials yesterday to sell such properties as soon as possible. The demand comes after rising discontent over prices prompted fresh scrutiny of the property holdings of senior Moon administration officials, including his chief of staff.
“If high officials own multiple properties, it is difficult for us to earn trust from our people,” Chung told a meeting of top government officials. “High-level officials must set an example. To be honest, we should have done this a lot earlier.”
Home prices have continued to surge in some parts of the country, despite a series of property-related measures launched by Moon since he took office in May 2017. Moon pledged an “endless” stream of steps in January, after earlier moves – including higher property taxes, tighter lending rules and limits on using mortgages to buy apartments – failed to stop the rise.
The housing controversy has brought fresh attention to the second homes owned by top government officials, since some blame the proliferation of non-owner-occupied homes for driving up prices. While such officials have pledged to sell in the past, they haven’t always followed through.
Complicating the government’s task is the divergence in market trends among cities. While apartment prices in Seoul soared more than 50% since May 2017 to average 925 million won (6.18 million patacas) last month, those in the southern port of Busan rose just 2% during the same period to 295 million won.
The rise in home prices have drawn unflattering comparisons to Moon’s conservative predecessors, who have been traditionally seen as more supportive of policies favorable to property owners. The 52% increase in apartment prices under Moon exceeds the 29% rise under former President Park Geun-hye, who was impeached and removed from office three years ago. MDT/Bloomberg